My dear friend Elyse reminded me to share this recipe... Based on a common Thai relish served with satay, this salad is also great with grilled salmon or grilled chicken breasts.


Serves 4 as a side dish

To prepare the cucumbers: Peel, halve lengthwise, and scoop seeds from cucumbers. Stack halves flat side down; slice diagonally 1/4-inch thick. Toss with 1 tablespoon salt in strainer or colander set over bowl; weight with water-filled, one-gallon-sized zipper-lock freezer bag, sealed tight. Drain for at least 1 hour, and up to 3 hours. Transfer to medium bowl and refrigerate while finishing the recipe.

Hall of Shame-- DojoDirect in the UK

DojoDirect, a martial arts gear company based in the UK, stirred up a storm when its spokesperson Adam James Collier insulted a female customer, well-known British competitor Pippa Granger. 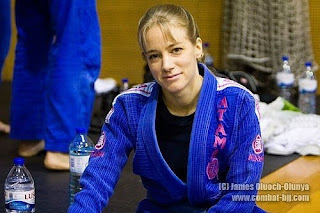 Granger, a Checkmat purple belt and gi/nogi referee, had written to DojoDirect to mention a spelling error repeated numerous times on its website.  Instead of "jiu jitsu" it referred to "jui jitsu" (and called gis "suits," though she did not comment on that oddity.)

Collier responded with little command of the written word yet much sarcasm, and essentially accused her of PMSing, though he was fairly ignorant of the concept and contended that her 'cycles' were "premature." (?!?!)  Classy.  Here's the screen shot: 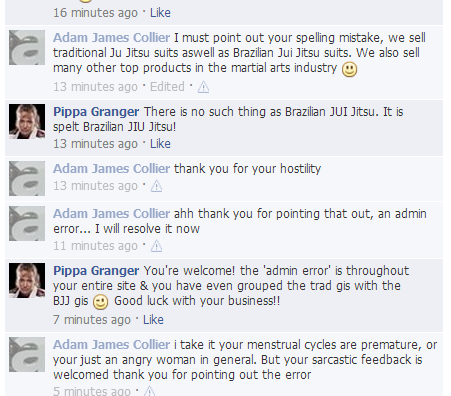 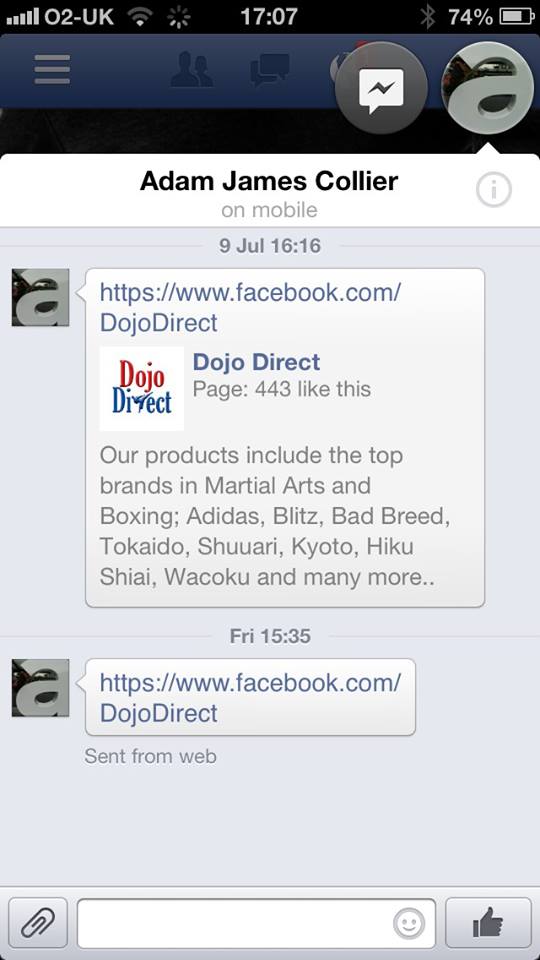 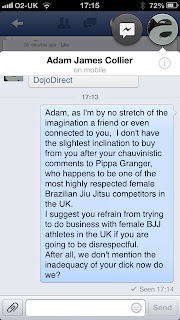 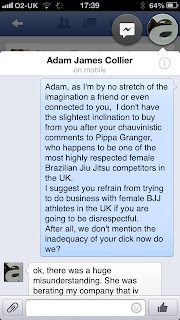 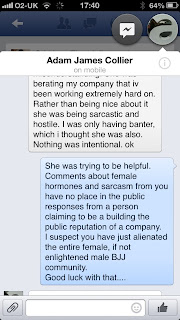 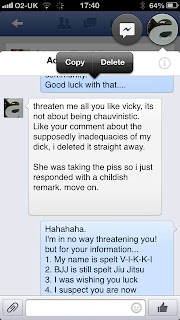 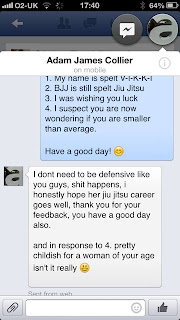 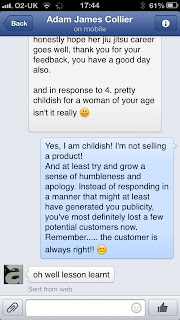 Lessons for Adam Collier and other business owners:

1. In my opinion, if a customer bothers to inform you that you have unprofessional errors on your website, you graciously and gratefully accept their input and refrain from insulting them!  I don't care if you think they're wrong.  The customer may not always be right, but you don't argue with them.

2. You want their business, no?  you want to be seen as reputable, knowledgeable, and reliable, no?  So do your research and spell the name of the art for which you purport to provide gear correctly!  Proofread your website and make sure you present your company in the best possible light.  And make sure you try to use proper spelling and grammar in your public comments on social media, as well.  (We all make typos, of course, but if you can't tell the difference between 'your' and 'you're' then you should not be the public voice of your company.  It's just not professional.  Hire an English major to edit your copy first and handle social media.)

3.  No sarcasm with the customer.  None.  Sarcasm is not acceptable.  With friends, sure... on social media, meant to insult and put down your potential buyers?  DUMB.

I wrote to Adam and DojoDirect suggesting they make a public apology.  DojoDirect (assuming that's Adam) wrote back right away, told me he was sorry, and said he'd publicly apologize later.

Here's the "public" apology, on twitter, to his few followers-- nothing on Facebook or anywhere else.  (I am happy to repost any future apologies here, in fairness...)  EDITED TO ADD: on Thursday August 15, Collier did post a public apology on a Facebook group which I was unable to screen shot last night.  He included a percentage-off coupon, as well. 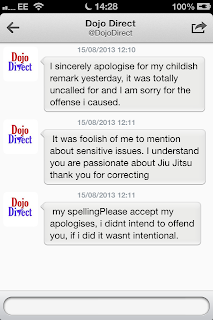 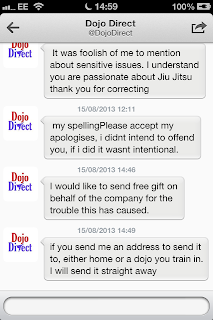 Your one wild and precious life...

From a wonderful poem by Mary Oliver, called The Summer Day:


I do know how to pay attention, how to fall down
into the grass, how to kneel down in the grass,
how to be idle and blessed, how to stroll through the fields,
which is what I have been doing all day.
Tell me, what else should I have done?
Doesn't everything die at last, and too soon?
Tell me, what is it you plan to do
with your one wild and precious life?

Right now I'm watching several people who are very dear to me battle cancer... you'd think having your parents die would be all it took to permanently, indelibly make you aware of the fleeting preciousness of life. But no, I am prone to forget the big picture, the forest, as I run past trees and climb trees and cut down trees and build things and get lost in my day to day...

What is it you plan to do with your one wild and precious life? 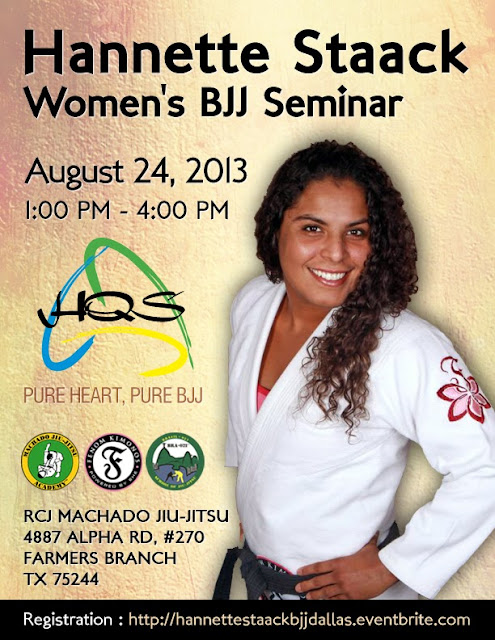