Los Angeles on a moment's notice...

Last week a good friend of mine, a photojournalist from Denmark, called me from Los Angeles and invited me to spend some time there with him while he worked at the Golden Globes. Of course, I jumped at the chance. I was already committed to teaching a women's self-defense class with my kajukenbo instructor and friend Robert on Saturday, so I flew out on the first flight Sunday. I had a realllllly good 36 hours playing rockstar/tourist with my friend Kaspar, came home late yesterday, and I've been enjoying the pictures ever since. When Kaspar emails me some of his, I will add them.

Right off the plane, we headed to the hotel on the Sunset Strip to drop off my suitcase and grab his cameras.  Here's the view from his window. 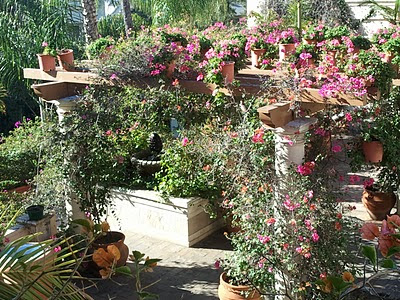 Then out to Santa Monica down Ocean Avenue. 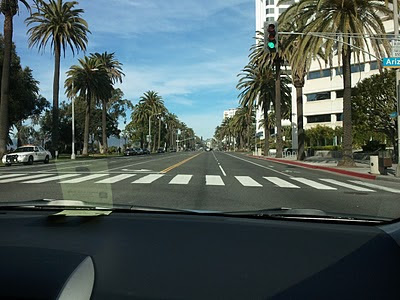 Then the Pacific Coast Highway out to Malibu.  Looks familiar, right?  Made this same lovely drive with my husband last spring at the Mundials. 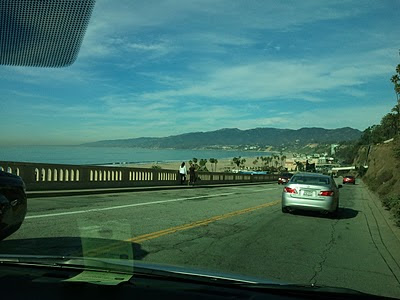 The Malibu Pier.  (The photo critic in me wants to erase my recent habit of putting the horizon in the middle.  I didn't use to do that when I was a photojournalist.  When did this creep into my lexicon!?!) 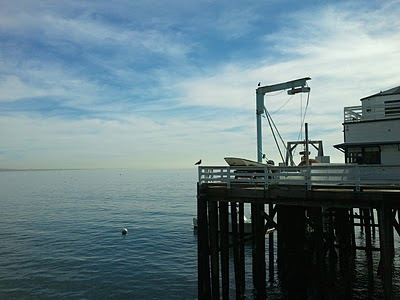 And this is Kaspar.  If you're curious, we met 13 years ago in Ireland... then he came with another Danish journalist and stayed at my house in Texas for 3 weeks, in 2001.  I hope it's not another ten years before I see him again! 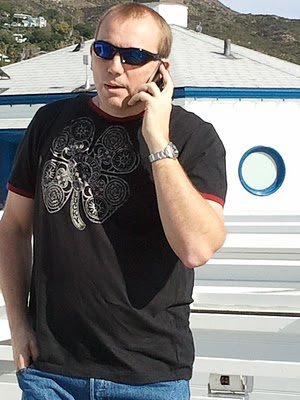 Surfers in the Pacific (I think maybe a surf school? since the waves were very petite but there were lots of surfers in this one area...) 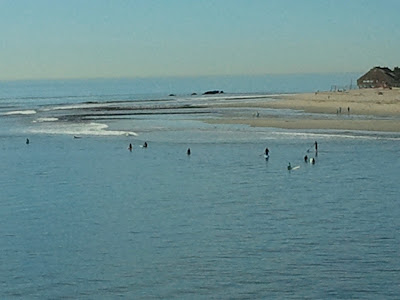 We stopped for lunch at the Sunset Beach Club...  this was my view across the table.. 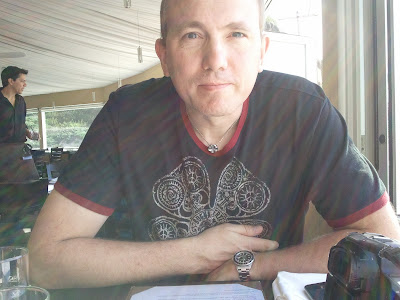 And this is what I saw when I turned my head to the right.  (See, damn horizon, in the middle..) 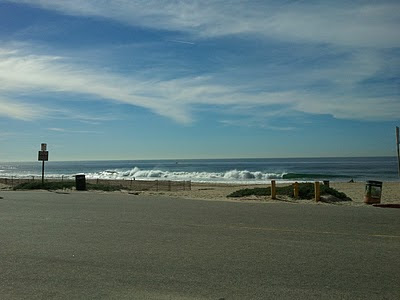 On the table for me was a heavenly burger-- brioche bun, juicy VERY rare burger, caramelized onions, bacon, dijon mustard, and skinny-winny fries... yum!  was too hungry to shoot it though...

After lunch, I ran into the surf (briefly, it was a little chilly) and we watched the dolphins swimming right near the surfers before heading back to town.  We took a road through the Topanga Canyon, which wasn't as beautiful as it could be, being January and all... though it was a balmy 76 all day...Here's the view from one of the overlooks.  I need to add Kaspar's amazing shot of the hummingbird as soon as he sends it to me. 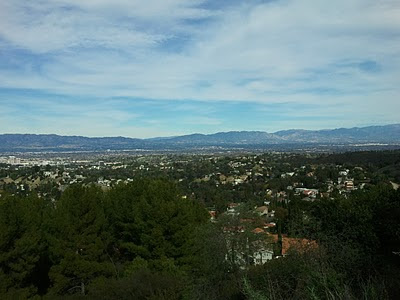 So, Kaspar and his journalist Jacob were there to cover Denmark's presence at the Globes... a Danish director's film was up for the Foreign Film award (and won it!) and Tara Reid's boyfriend is Danish, among others... so we were assigned not to the Globes themselves but to a preparty at Universal Studios, where Tara made an appearance.  Before she arrived, Jacob and I quietly snarked to each other about the cracktastic clothes, hair, shoes etc. on the never-were's and the wanna-be's.  This is about all I saw of that particular red carpet-- nothing fancy!  So don't get all jealous.  And no, I wore no ball gown.  Jeans and an Austin tshirt, baby. 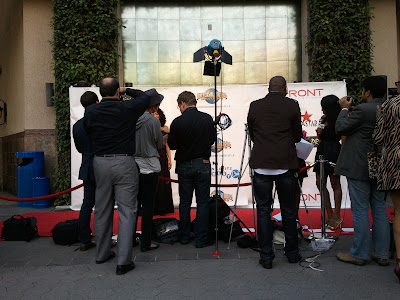 Here's Tara and her boyfriend... she's beautiful, I must say.  Boyfriend needs a shave.  Kaspar's pics are better of course. 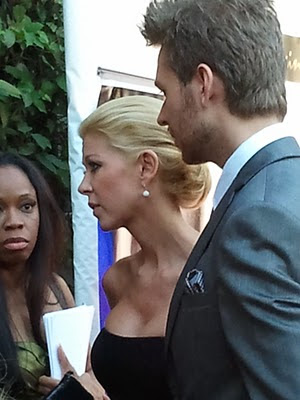 Afterwards we wandered through the area and found this cool IFly thing-- you get one minute, swirling through the jet-powered air.... if we'd had time I know we'd have done it.  But we were hungry as heck and dinner awaited. 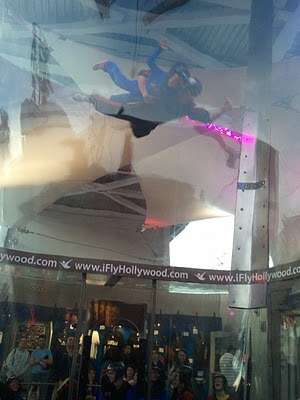 We dropped Jacob off at his apartment and made a quick run to Grauman's Chinese Theater to peep the stars and the footprints.  Normally when on assignment, Kaspar is stuck working, so this was a unique chance for him to play tourist, and we enjoyed it to the hilt. 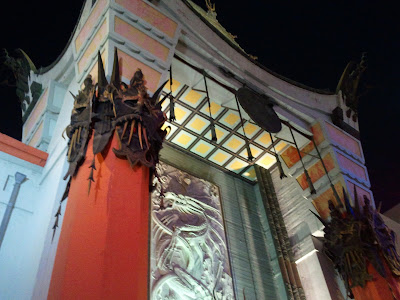 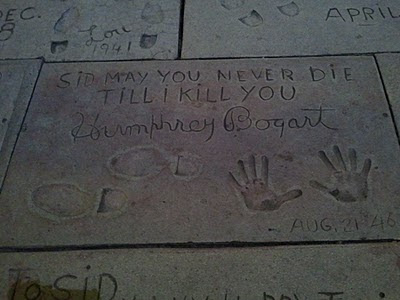 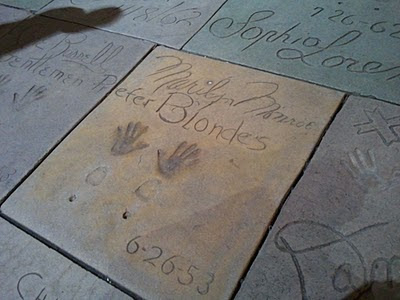 Jacob met us around 7 and we walked to a yummy place called STK on La Cienega.  I'll add pictures from my real camera (these were all Android shots!) later.  Suffice it to say you can't go wrong with foie gras French toast as a starter (though I found a sweet starter a little different), a petite filet with peppercorn sauce, heirloom tomatoes, fries with parmesan and white truffle oil, and a nice Syrah from California... I was so full I didn't eat dessert and that's saying something if you know me.

The next morning, Kaspar and I started off with a drive up to the Griffith Observatory to look down on Los Angeles (and over, at the Hollywood sign, which I was too proud to photograph.)  I'll add the video I took from the catwalk as soon as I can.

Then, breakfast at Mel's Diner.  I was so envious of his Iphone app Hipstamatic that I found some similar ones for my Android, and took these... 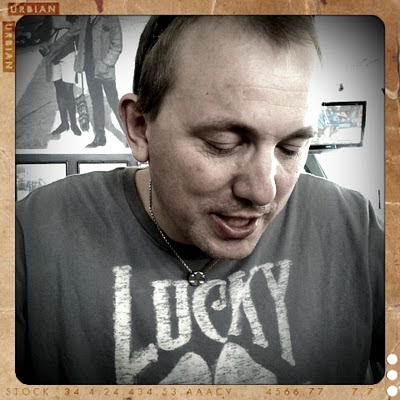 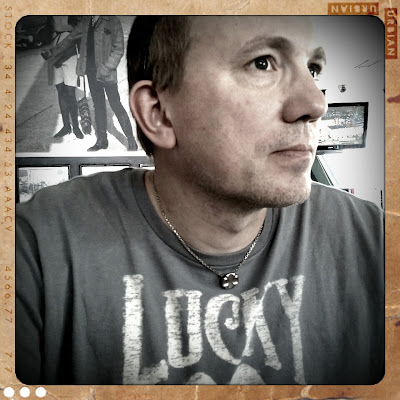 Of course, taking pictures of everything is second nature.  I'll have you know it's all his food, except for the Belgian waffles in the foreground. 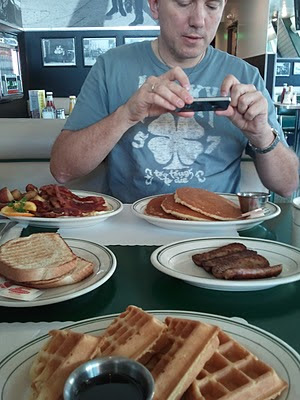 Which were soon in my tum.  Leve weight class, here I come. 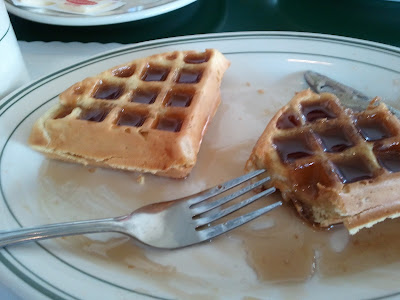 Then we went to Rodeo Drive to see how the poor folk live. 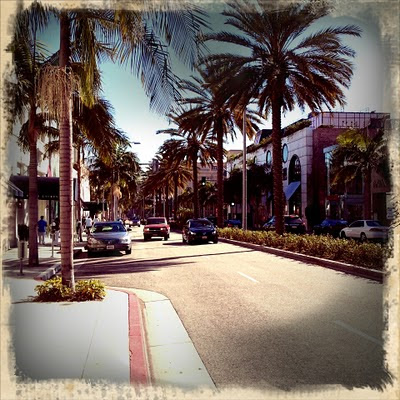 The poor people drive Bugattis, apparently.  (The night before, walking to STK, we saw a Lamborghini parked with the top open and the keys in it.  Unguarded.  So glad I am a law-abiding citizen.  Or I might be blogging from the LA jail.) 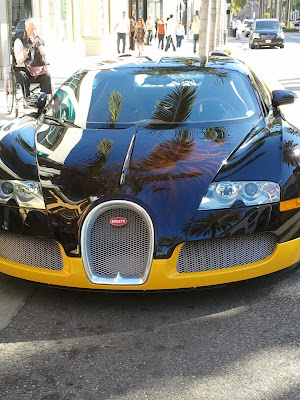 Enjoyed a cappuccino before we had to leave for LAX.  My trip was entirely too short but had to come back to earth and get some work done. 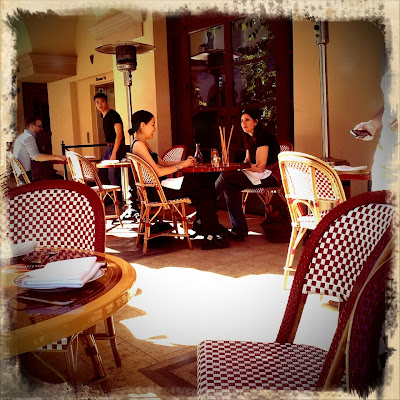 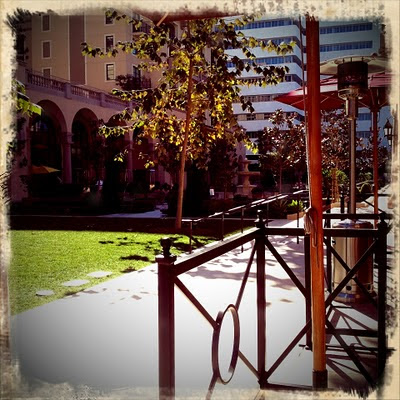 And here's me, messing around in the airport with my new toy... :) 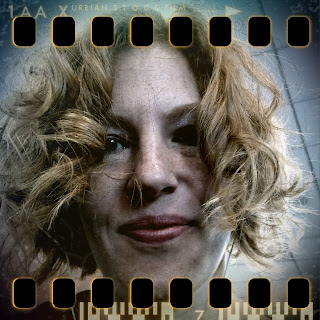 I was deeply saddened not to get to meet with or train with (or both!) so many friends in the LA area who were kind enough to offer their time... Mark, Paul, Hugh, Mary, Jon, Max and others... I am really sorry!  but 36 hours is not enough for even the one person I was there to see.  And I'll be back twice in the spring, for Pans and Mundials, so....

I did learn that people listen more to you when you're quiet.  That's a handy thing to know.  I learned it because I lost my voice on Friday night and still haven't really found it.  I was scratchy, hoarse and soft all the way through my visit, but enjoyed the experience and will try to apply that lesson (and its corollary, "listening is as much fun as talking") in the future.

I already knew this, but it was great to be reminded that I am blessed with wonderful friends and a charmed life.  I don't usually get whisked away at a moment's notice to visit dear friends, but when it happens, it is truly delicious.  Hope it's not another ten years in the making.

Looks like it was a great trip. Glad you had fun in my hometown!

How cute you are! Looks like a fun time (and good food!). I'm jealous. I need the sun. We're gearing up for another snowstorm tonight...

Looks like you had a great time!! see you back in LA this spring.