Update on Joao Pierini.... some good news, some bad

Joao Pierini (aka Joao Marcos) is the convicted felon, child molester, registered sex offender who was recently promoted to sixth degree BJJ blackbelt under Joe Moreira-- as I posted here.

First the good news-- I'm told that the academy heads in the area around Cancun where Pierini teaches have banded together, informed local schools, and gotten law enforcement authorities involved.

But the bad news-- Pierini was invited to teach a seminar at the Brasa affiliate in Cancun where the instructor is Ismael Sacramento. I've messaged Prof. Felipe Costa to get his input on this.

Also bad news, Pierini is apparently teaching at the Lotus affiliate in Playa del Carmen. I've messaged Prof. Giva Santana inquiring, as well. In a brief reply (since he's at Nationals in Vegas) Prof. Santana assures me that the Lotus people there are not affiliated with *his* Lotus. He'll explain more when he returns from competing and I'll update you then.

I hear that Pierini is lying and telling people that he was merely fined for buying alcohol for minors.  Folks, if you have any access to students or families in Quintana Roo, Mexico and that general area, please encourage them to look at the screen shots in this blog.  It's way worse than getting teens some booze. He's a predator.

Joe Moreira recently promoted Joao Marco Pierini to sixth degree blackbelt in Mexico. Pierini is a convicted pedophile and registered sex offender in the United States. Read along with me....

In 2006, Pierini assaulted teenage boys in Half Moon Bay CA and pled no contest ( to 1 felony, 3 misdemeanor charges of child molestation) and was convicted in 2007. 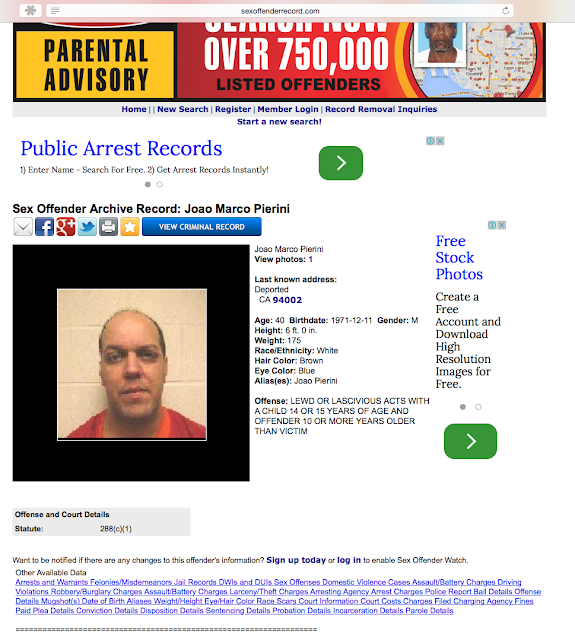 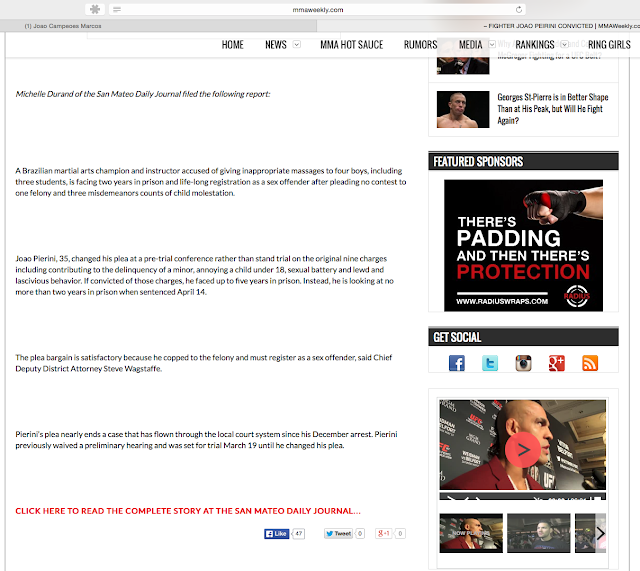 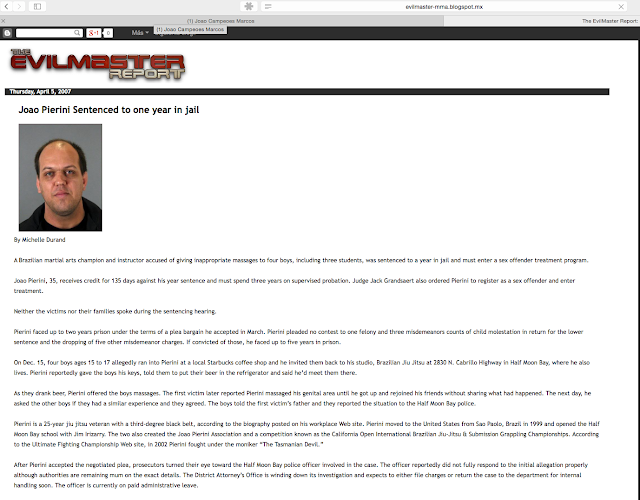 He was deported after a year in jail and is a lifetime registrant on the sex offender registry.

In 2010 he sneaked back into the United States illegally. 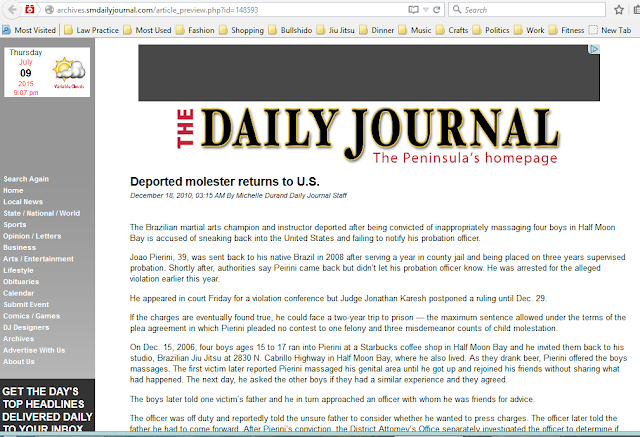 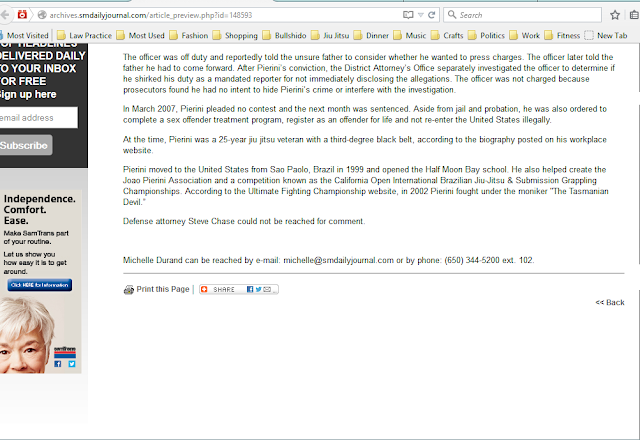 Mugshot from his original arrest for child molestation. 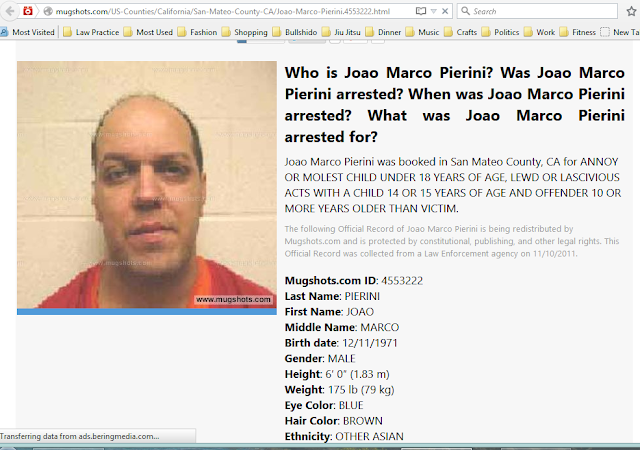 Detail from the probation violation case (sneaking back into the US) when it was on appeal.  Contains detail from the original convictions. I don't have all the screen shots, sorry, just the ones most relevant to the facts of the cases. 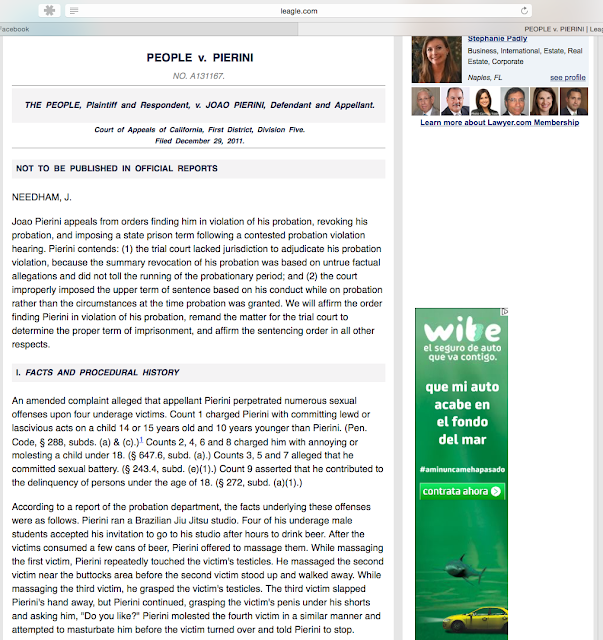 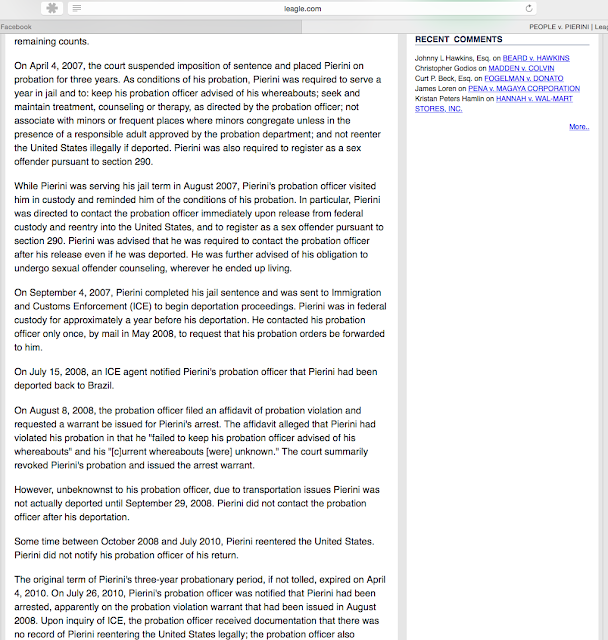 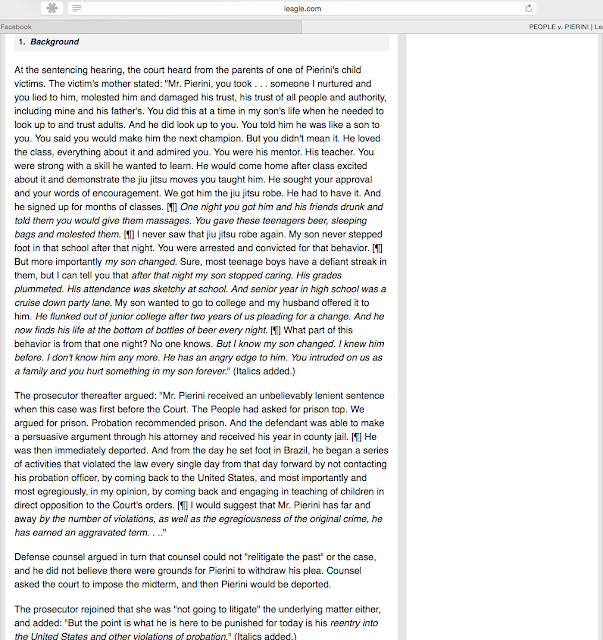 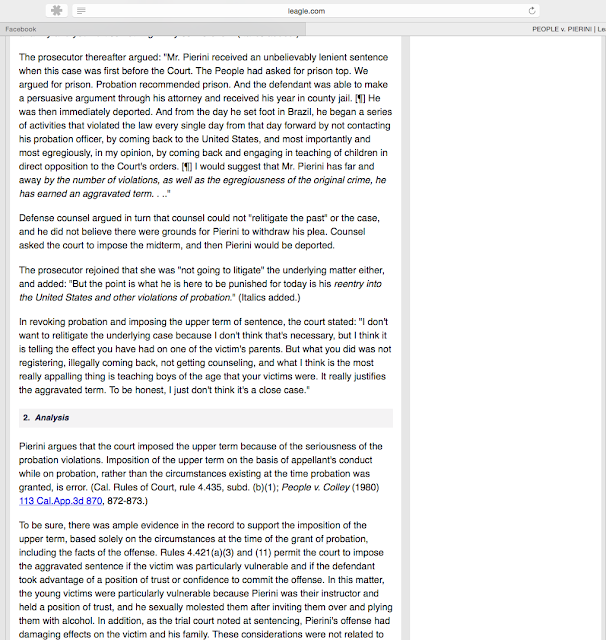 June 30, here's Joao Marcos Pierini, posting as Joao Campeoes Marcos, in Mexico.... compare to the photos in this post.  It's Pierini in the well-striped-up blackbelt. June 30 is the facebook post date... the actual promotion took place June 27, 2015 (look at the certificate below.) 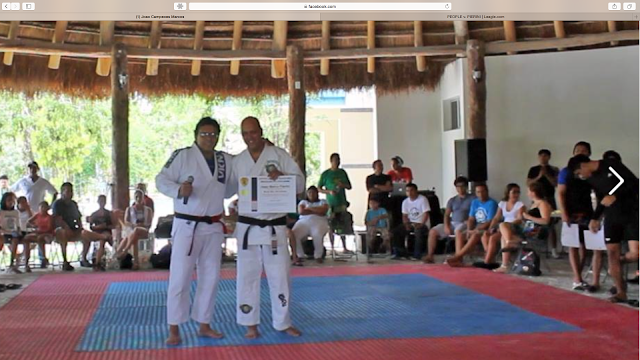 Read the certificate. And guess how old the young man he has his arm around is.  (I do not know, but he's a green belt so I blanked out his face.) 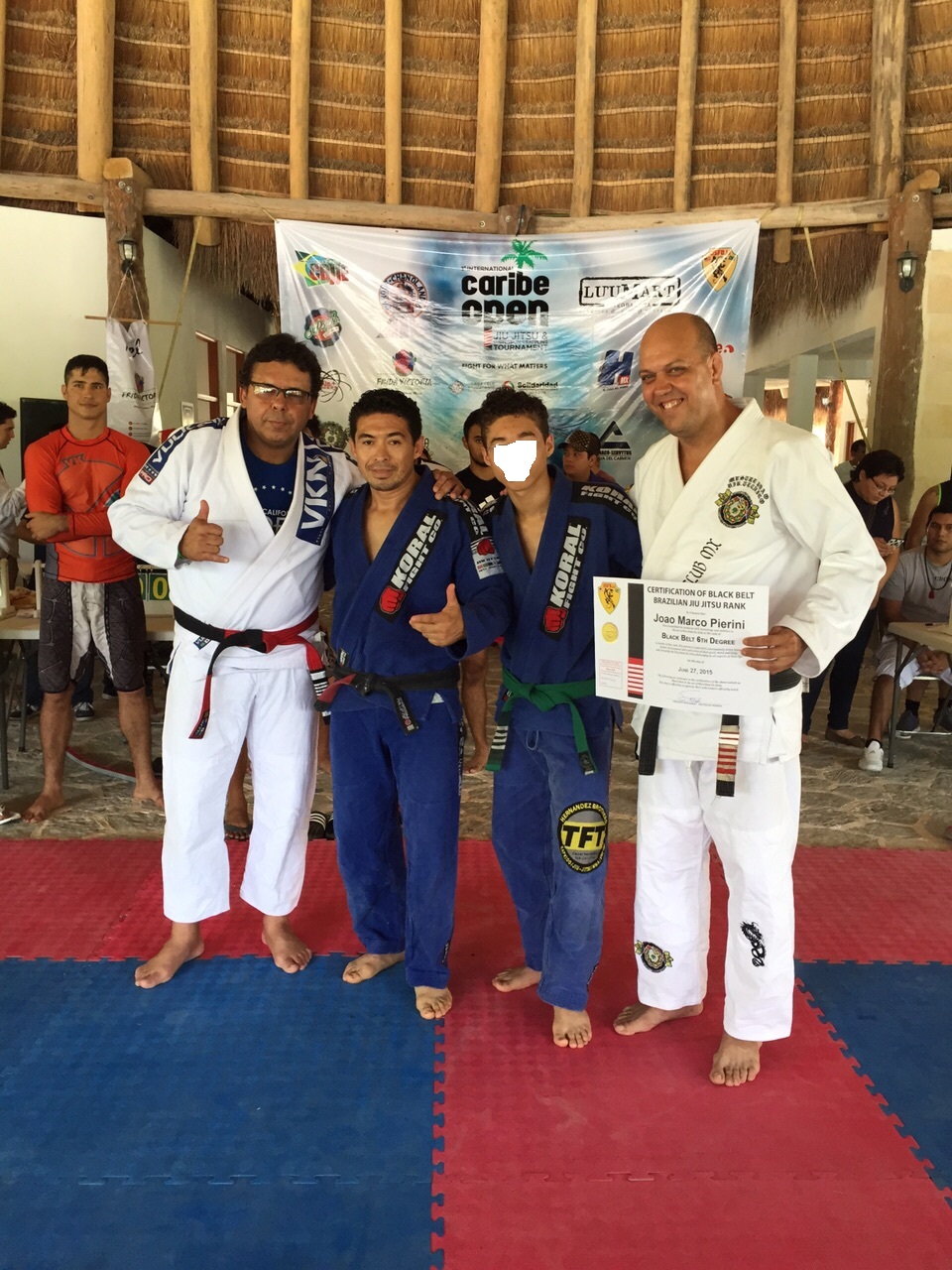 I am grossed out.

Pierini aka Marcos is the Mestre at Live to Fight in Cancun, Playa del Carmen, Quintana Roo, Mexico.