Did Rigan Machado knowingly promote a sexual predator to black belt? if not, who did?

You may recall my post almost four years ago about Austin Texas jiu jitsu instructor Paul Saucido, convicted of two counts of indecent exposure and one of unlawful restraint, stemming from twice sexually penetrating a nonconsenting woman in 2009... at the time of my first post, he was a brown belt under Rigan Machado and was trying to teach women's self defense seminars at his new school in East Austin.

I also posted about it on MMAUnderground.

In my original  post I was happy to share that his instructor and former employer Rigan Machado was disavowing any connection with Paul, not teaching seminars for him and generally distancing himself from this inserter-of-a-penis-into-a-woman's-sex-organ-without-her-effective-consent (for those apologists who objected to me calling him a rapist since the 2009 offenses he plead guilty to in 2011 were unlawful restraint and indecent exposure.)

But until this afternoon, Paul bragged that Rigan promoted him to black belt.  Here's a screen grab from the morning of March 20, 2017. Second sentence. 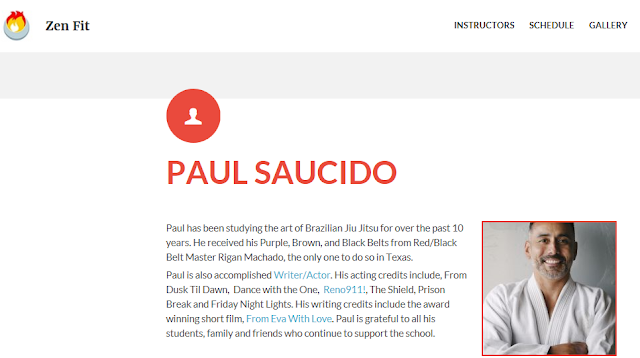 Wait... this was Rigan's stance at the time: 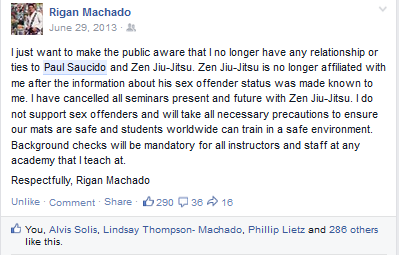 This was Carlos' position: 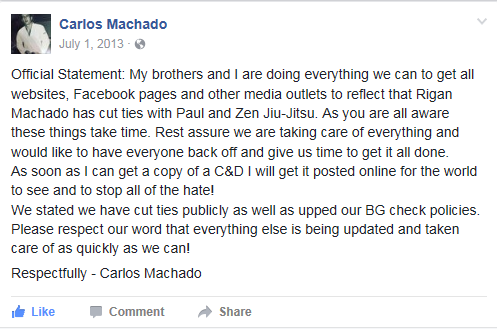 Fortunately both Carlos and Rigan reacted promptly to my original version of this blog post. Whatever they did, by this afternoon, Paul's website was changed: 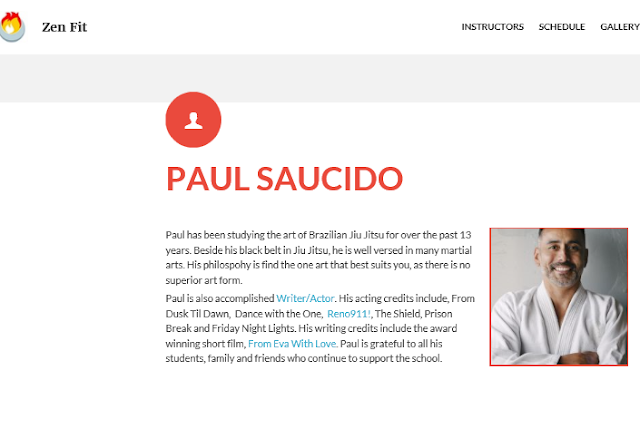 My understanding is that Carlos Machado has no affiliation with either Paul or Rigan, according to Lindsay Machado, Carlos' wife, and a written signed statement by Carlos. 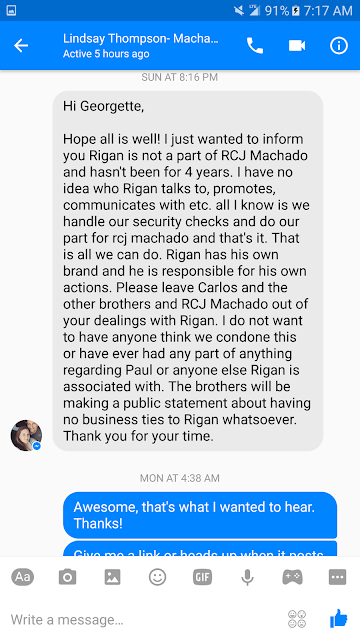 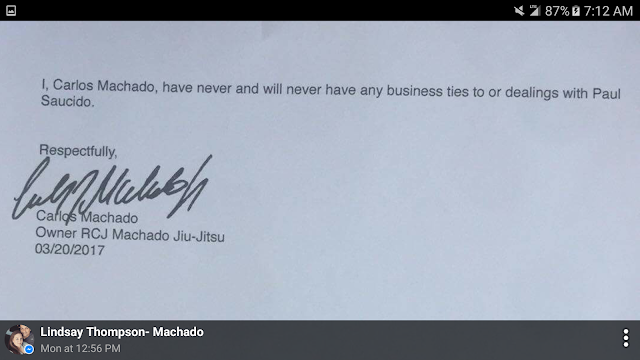 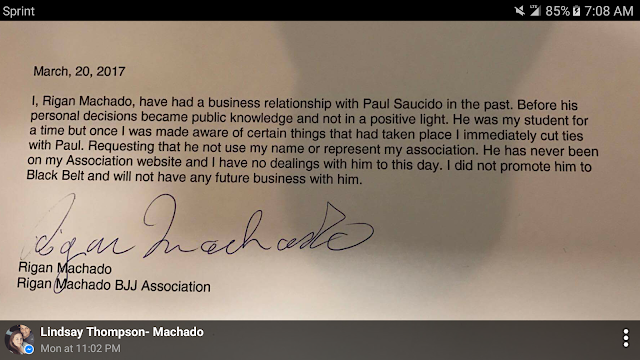 It seems, and I hope, that Paul was lying for the obvious credibility boost of being a Rigan Machado blackbelt.

Here's what I do know.  He's teaching girls and their moms. Does mom know you're a registered sex offender? August 2013. 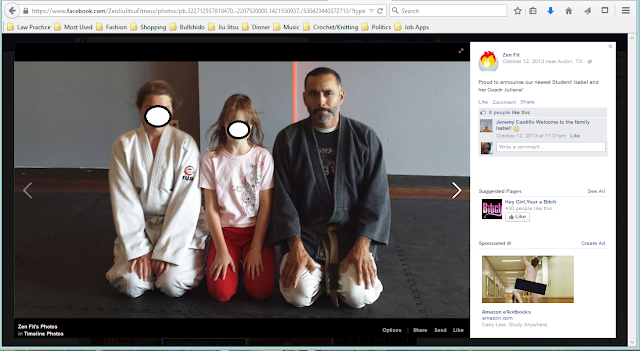 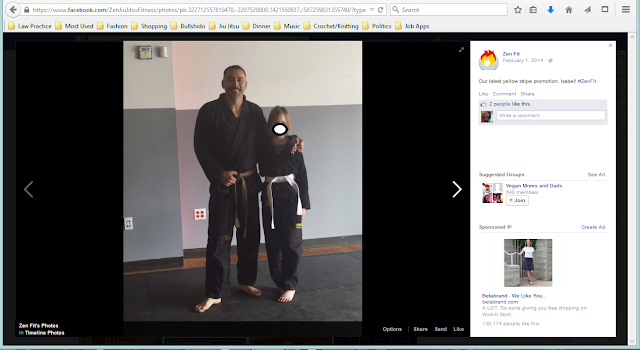 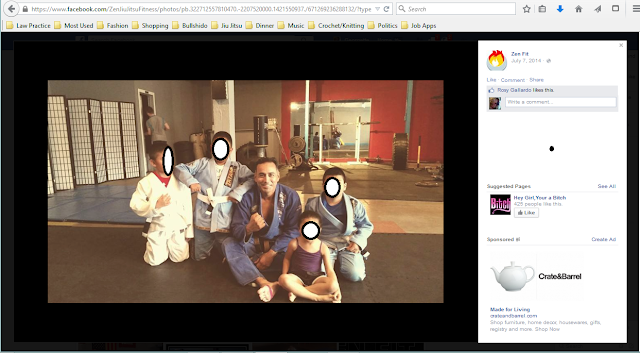 November 2014 with Rigan. No relationship, no ties. 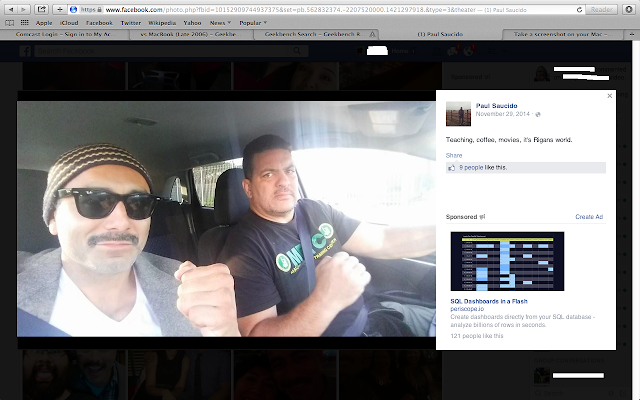 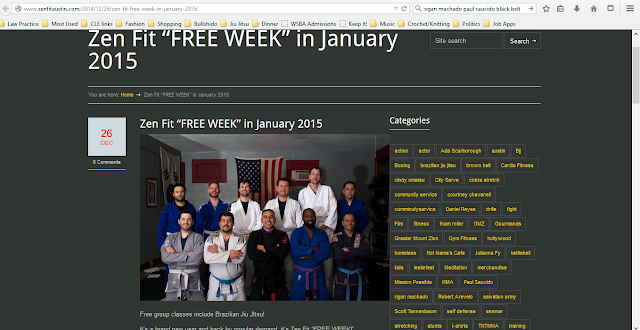 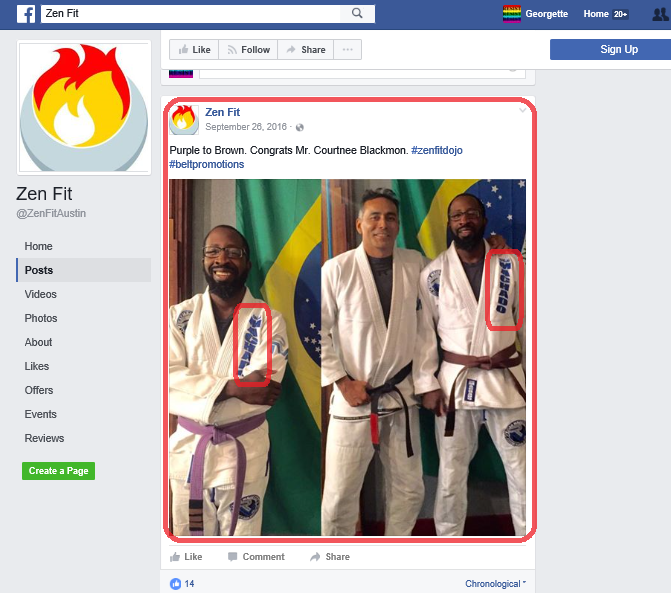 October 2016 he was promoting a Rigan seminar (that link no longer works so I cannot confirm if it was a seminar Paul hosted or just promoted.) 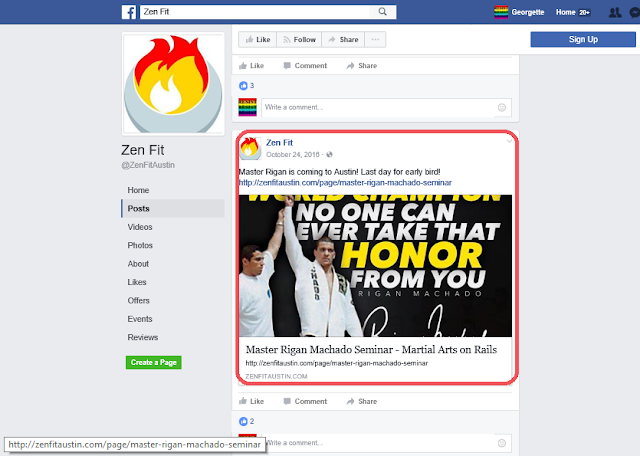 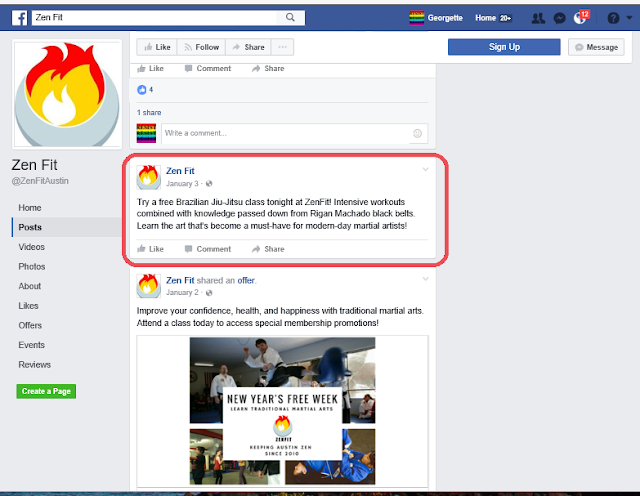 Why do I care? I have no financial stake in this-- I'm not an instructor, don't own an academy. Don't even train any more while I recover from some surgeries.  I have no personal animus towards Paul (despite the rumor that we had a relationship, it was never more than casual acquaintanceship, and I think he came and trained at the Relson school in Austin with us once or twice.) Well, other than my disgust that he forced himself on a woman passed out drunk at his own birthday party. He refused to give her her panties back because "she wouldn't want a reminder of that night." I'll bet.

I care about women (and men) who have survived an assault and come to jiu jitsu seeking safety, empowerment, healing and prevention. I care about people who seek to prevent being assaulted. And I think they should know who their instructor is. If Rigan didn't promote Paul then who did? and why? why afford such a position of respect and power to a predator?

Let Paul make his living wherever, however... but I want his students to be aware. To have the privilege of knowing consent that his survivor that night in 2009 didn't.