I received some samples from Solstice Medicine Company in Los Angeles... One is called Zheng Gu Shui, and the other is"Hoe Hin White Flower" balm. They're described as "an external analgesic lotion used by martial artists for many years to heal bone fractures, torn ligaments and relieve muscle tension."

Well, how could I not give that a try. In fact, I had to share with a friend, a chronically injured blackbelt who runs an academy and can't stop training just because he's sore.
He decided to use them on a lower back strain and a sore knee. I had all the symptoms of sciatica. In fact, the oils aalso helped sore fingers, too.

Sorry, I should've taken a picture before I used it all! This is a brownish liquid with a yummy woody scent from the Angelica root and the camphor. I think both of us expected to need a lot more and we wasted it... It literally only takes a few drops!

The ingredients are camphor, menthol, alcohol, bushy knot weed, Angelica root, moghania root, zedoary rhizome, and san-qi ginseng root. As you'd expect, the menthol produced a chilly feeling as it started working and I would not suggest putting this on before class under tape or athletic bandages/supports. Also, wash your hands well and don't wipe your face if it's still on your skin.
It comes in two sizes, and one ounce is only $5. They also offer this with a brush-on applicator and a spray. 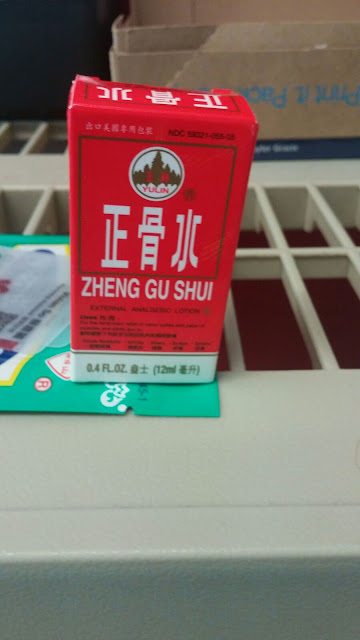 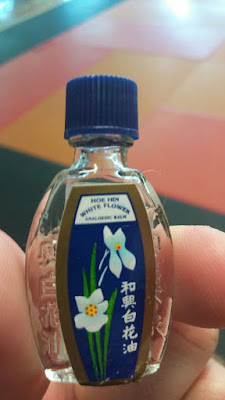 My sample bottle was pretty small as you can see, but you don't need to use a lot; this little less than an ounce jar helped us both for a solid six+ weeks, and still going strong It comes out like a runny oil, clear, with a pleasant minty-lavender scent that doesn't linger.  The ingredients are menthol plus essential oils of eucalyptus, lavender, and peppermint. It absorbs quickly and there's no greasy or sticky texture to your skin.

He applied about a half teaspoon, I did maybe half that, the first time, but now I just dribble a couple drops into my palm. Just rub into the affected area. I was expecting your standard menthol effect, even though it doesn't smell that strongly. Instead, neither of us noticed any perceptible heating or cooling... Just a pleasant tingling followed by, in about ten minutes, a reduction in soreness when moving and less aching/throbbing when sitting still.

They're both found on the SolsticeMed.com website, and they're very reasonably priced, $12.99 for the biggest bottle of white flower balm. I'm probably going to buy some myself as soon as this bottle looks low!