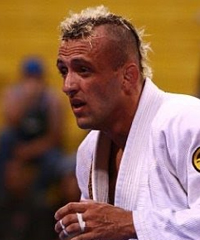 Abmar Barbosa is a well-known and successful blackbelt under Robert Drysdale with an extensive list of grappling achievements. Mainly known for his crowd-pleasing and aggressive guard, he shocked the BJJ community in the 2010 Pan Ams by running over heavy favourite Kron Gracie in the first fight of the competition, winning by 11-0. He went on to submit another high-profile figure Lucas Leite, ending in second place in that competition after losing in the final by one sweep.  Barbosa opened his own academy in Massachusetts in 2009. 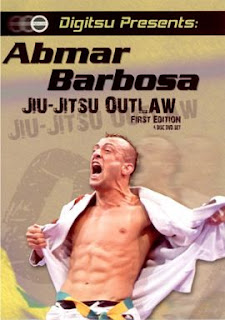 Jiu Jitsu Outlaw is Barbosa's first instructional release, a professionally filmed and edited 4-disc collection put out by Digitsu in 2010.  I watched the first two discs about 20 times over the last year or so, but only recently felt like I was ready to absorb more material (and that doesn't mean I had mastered the first two discs-- more like, my mind was ready and my rolling was bringing me to more of his guard scenarios where I might appreciate his instruction.)  You can buy the set on the Digitsu website here.

This is not an instructional for whitebelts and probably not for new blues, unless you happen to play a LOT of spider, DLR, and open guard already.  I definitely was stretched to absorb and process the depth and breadth of the techniques covered, but that's great in my book, since I know I'll be able to get more out of the series as I grow in the sport.  I definitely don't see myself outgrowing this in the next 6-8 years!

His instructional technique is excellent.  First, he teaches the movement, demonstrating a predicate move he assumes you know as background when needed. (For example-- here's the traditional armbar we all know.) 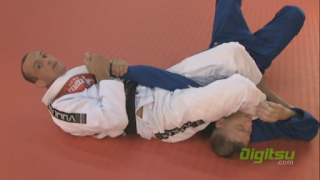 He then explains why we need another version and why his is better.  I found myself nodding along many times when he'd say something like "We're all taught to do the armbar/the sweep/the pass this way.. but when you do this and this, it never works."  He's right, because we are ALL taught the armbar, so we all see it coming, and maybe by mid-blue belt, we'll rarely get sucked into that standard old thing unless we're snoozing or much weaker than our opponent.  His version of some oldies-but-goodies looked sufficiently different that they would work better, but sufficiently the same that I could pop it in to that slot in my brain without too much relearning and readjustment.

Barbosa, in a white gi, demonstrated each technique from multiple angles against an opponent in a blue gi, making it very easy to tell who was doing what.  After at least 6 repetitions, the music would come up and they'd do it at "live" rolling speed, usually with a slow-motion segment, also showing it from multiple angles.   When needed, they'd show multiple angles at the same time so you could see the progress of the movement simultaneously: 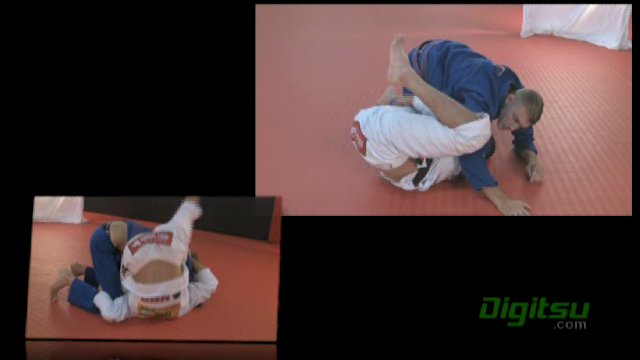 The Good: Explicit instruction and almost-overwhelming level of attention to detail; explanation of why you should do things a certain way (and correspondingly, there are times when things are "up to you" -- he's great about making it clear when something is a must-do versus when it's a matter of stylistic preference that doesn't influence the tactical benefit or the execution of the move); emphasis on grips and particularities with clear verbal and visual instruction; he goes for submissions over points where possible, and for points over advantages where necessary; numerous repetitions of the movements from all camera angles, including slow-motion views plus rolling-speed demonstrations.  The cameraperson must be a jiu jitsu player, because you got the impression they were moving around the demonstration the way you'd want to move if you were there in a class and watching it live.  Abmar's English isn't fluent, but it's certainly adequate; he rarely aggravates the listener with "do this" but instead will say "your elbow comes through here past his hip," for example...  and he makes things clearer by pointing at important elements, gesturing frequently to augment his spoken words. 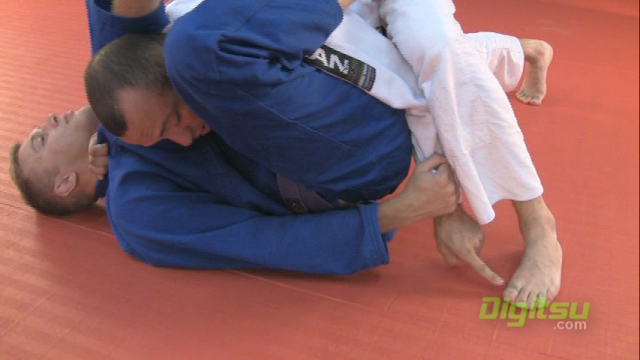 The Bad: Occasionally, his spoken instructions are hard to hear because his head is underneath his partner's body or is turned away from the camera, where the mike was, but at worst it's only a few seconds and since there are repetitions from different angles, you won't miss much.  Wish he would have done each technique once or twice at the start without (much) explanation so we could have the big picture, then broken it down with increasing levels of detail and rationale.  This was more a problem with the more complex movements not easily visible from one viewpoint that were new to me-- so maybe if they're not new to you, this won't bug you at all.  I didn't notice that 'till disc 3 though.  Oh, and sometimes his names for things, like the Vidal pass, didn't connect for me so I wished I would have known more about why the name was given so I could remember it better.  (Later I discovered that he got his black belt from Felipe Vidal and Robert Drysdale, so that helped somewhat, but not much.)  Not a huge complaint of course, and it means I will probably come up with some whacko name for the pass myself. And I noticed on a few of the techniques on the DLR guard disc, the camera angles weren't quite as pleasing-- the focus was wholly on the specifics of the move, so it got a little close in, and I wished it was from a slightly wider angle (I kept leaning as if I could peer around the edge of the monitor and see the "rest" of the figures on screen.) Last, he emphasized that all these techniques are ones he's used successfully in competition; I wished he had included footage of the movement in that context.  I know that is a hairy pain in the rear to put together though, and it's already 4 discs of stuff.  No biggie.

The Ugly:  Oh, gawd, the music.  Thankfully none while he taught each move, but it came up during the rolling demonstrations and then I had to mute it.  It was that annoying (you hear it in a clip below, sorry!)  Some nasally-voiced fool repeating "arms, arms, arms"-- wtf, lol...

Disc one is Closed Guard and covers:

Here's a brief example of his teaching style-- the armlock from mata leao arm control.  He's already shown countless details on getting to this position, and now it's time for a variation when the collar choke isn't comfortable for you or your opponent is countering it effectively.  This is just the first of many times he shows it.

Disc two is Spider & Barbosa Guard- nearly two solid hours of technique here:
Spider guard (SG) movement drills 1-3 (really, there's more like 5 or 6- reminding me why wall-walking is important and how shameful it is that I STILL can't do it)
Foot on Bicep (FOB) sweep-- includes two important details I didn't know
Lasso sweep to armbar 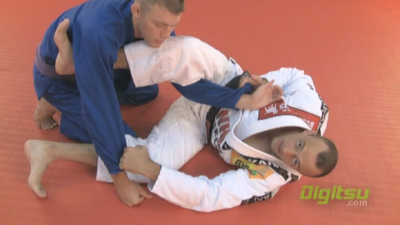 Triangle from SG-- works on standing opponents, not just kneeling ones
Lasso with reverse De la Riva (DLR) sweep (Sweet!!)
FOB sweep to armlock-- with welcome details on how to finish any armbar with varying leg positions, to avoid common escapes and counters
Lasso sweep defended to an armlock
Rolling FOB sweep -- sweet!! plus shows you recovery from a mistake in your FOB sweep
Rolling FOB sweep to triangle, after they counter the rolling FOB sweep
Roll under chin strap sweep (over my head, for now)
Single hook spider to sweep
Barbosa guard (BG) to inverted triangle-- the Barbosa guard looks like them having double-unders on you, and he turns their apparent advantage into their apparent hell.  Nice work.
Sweep fake to submission combination (includes crucifix, clock choke, and some other niceties)
BG back take
Abmar's hurricane sweep
Counter to a heavy stack pass

Disc four is De la Riva Guard: I thought this was taught in an unusual order-- until I considered that I am fairly noobish when it comes to "exotica" like deep DLR, reverse DLR etc.  I train at a Relson Gracie school that doesn't really address these kinds of guards, so perhaps if I was more familiar with these things, this would be the obvious order for them to be taught.

All in all I like the instructionals because I enjoy bringing in a little "exotica" to try to mess with my teammates' minds.  DVDs like this help me expand my understanding of the game and show me a different perspective on the guard in particular.  The production isn't fancy, just hours and hours of solid technique that will keep me busy for years.  I'd compare this favorably with my Stephan Kesting DVDs without a doubt (which have historically been the highwater mark for me.)  You can buy the set on the Digitsu website here.

Many thanks to the folks at Submission Control and Digitsu for providing me with the DVDs for this review!!!

I reviewed that for JJS a while ago, and like you, found almost all of it much too advanced for me. Still, well taught, I really liked the split-screen and I also appreciated how Barbosa didn't rush through technique, he took his time over the details.

I don't remember the music being that annoying: normally that's exactly the kind of thing that would bug me, so I'll have to give it another watch! ;D