Let me interject a big, sincere apology to Alex Weatherford... I was editing this post late at night and was not being as careful as I should have been.  While I highlighted your statement because it is an example of the phrasing that implies that two men taking advantage of a woman in a vulnerable [aka intoxicated] position is something less than rape, I readily admit that I was wrong to include your name with Dill/Shelger/Gore.  Please accept my apology!!

Remember everyone-- a not-guilty is not "INNOCENT."  A not-guilty means the prosecutor did not present enough proof.  It doesn't mean the survivor lied (and hey, she'd have to be pretty good to corrupt the surveillance camera footage AND Mateo's cell phone footage AND decide to lay naked on the cold concrete for almost an hour just to be more persuasive.) 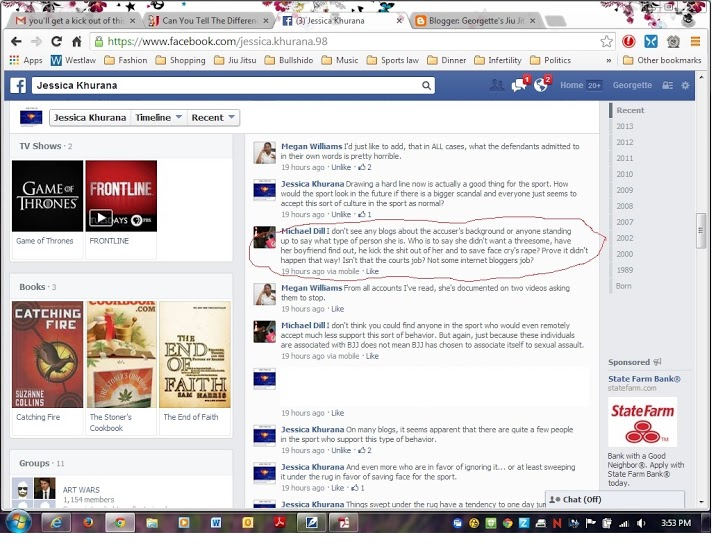 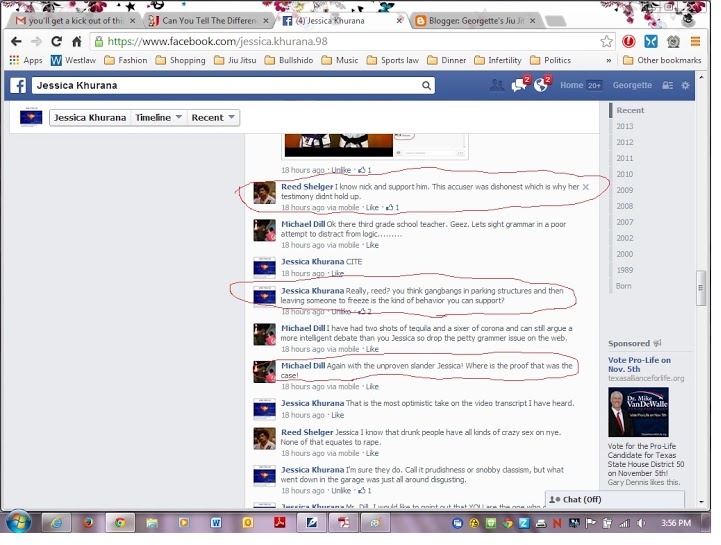 EDITED TO ADD: Tonight Reed Shelger emailed me as follows:

"Please remove my name from your blog immediately.  I do not appreciate being called publicly a rape apologist.  I have never even met you, and you need to keep my name off your blog.

Thanks."
I declined.  More of our communication after this new screen cap: 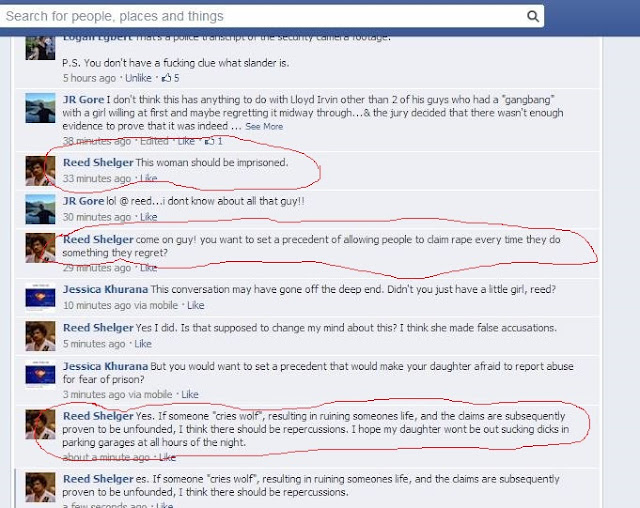 His reply to me: "It isn't true because it wasn't rape.  I do not condone rape."  and "Calling my comments rape apologetics implies that I was defending rape.  My opinion is that rape did not take place (which was supported by the jury who had access to the evidence).  Again, you can have your opinion.  Please leave me out of it."

By now, Reed has deleted some of these offensive comments: 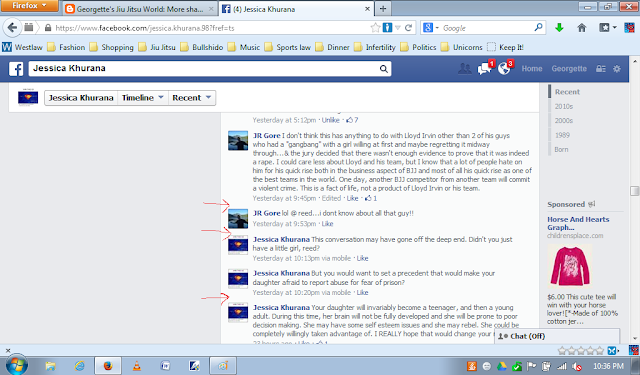 And here's some more comments I found amazing: 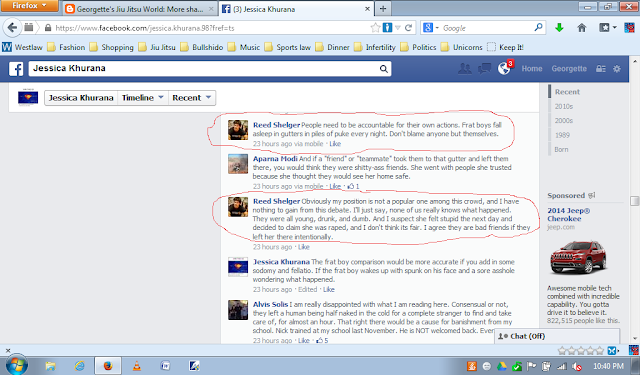 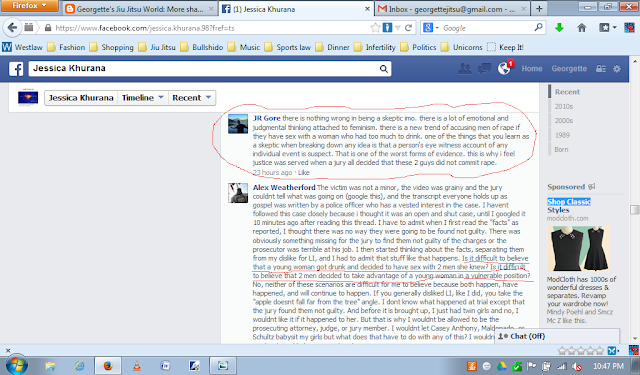 But Reed... purple belt at Paradigm Training Center in Houston...

Your comments were accurately reported.  Yes?

The screen shots were unaltered.  Yes?

You don't need to agree that she was raped to have participated in rape apologetics.

Just thinking that someone "sucking dicks in parking garages at all hours of the night" means what happened to her is okay-- HELLO RAPE APOLOGETICS!

I don't even have words for this...

Dang- he wants his name removed, and here I was mentally giving him (a few) brownie points for at least having the gonads to own his opinions by posting his name on them. I can't abide the wee shiverin' mousies who post big talk while cowering behind anonymous temp accounts.

Ironic how they call him a character with character on his company website. Not really showing himself to be a man of character on these maters now is he.

G,
I dont mind you posting my comment, but at least dont misconstrue what I said. Never did I say, "the rape survivor wanted a threesome and was later beaten up by her boyfriend prompting her to "save face" with her "cry's [sic] [of] rape" dishonestly, are profoundly disturbing and ignorant of the FACTS revealed on videotape and testified to under oath by other witnesses...." That was posted by someone else. The 2 sentences you underlined from my comment are 2 scenarios that happen. I dont have to agree that either is tasteful, or legal, but they do not surprise me because both happen. You do not need my permission to post my comments, but I would appreciate it if you did not quote me as saying something I did not.
-AW

Alex, you're right and I was wrong. I blame the late hour of my edit. I amended the post and added a paragraph explaining how I erred in grouping you with those other guys (see Paragraph 2). Please accept my sincere apology.