As always, fun, excitement, and craziness were to be had.

I fell down on my photojournalist duties and failed to record some stages of the event, but I think overall you can get a feel for the flow of things. Every year's party has its own special flavor and I think this year's is described as the intersection of jiu jitsu and champagne punch. 'Nuff said.

The morning of the party I was up bright and early enjoying the sunshine. 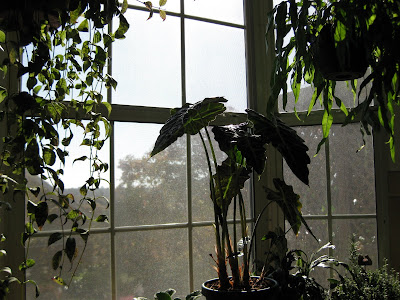 Like I said, didn't really capture every step of the way, but some images were just too pretty to pass up. If you're going to make eggnog, you need to crack some eggs. Two dozen, in fact. 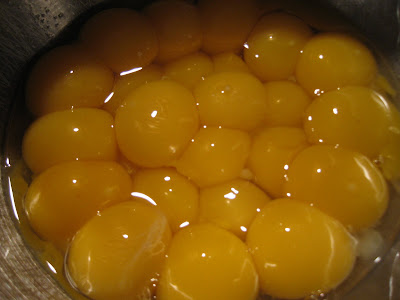 I also really liked how the orange-walnut butter cookies looked. 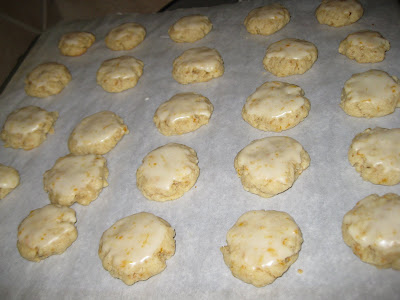 Then I just got too busy with everything going on. I didn't stop to take pictures until people were well into the champagne punch, the eggnog, and all the foodies. We had a slightly smaller party this year, maybe 45 people or so. Here's Yolimar, Krendi, and Glen laughing it up in the kitchen. 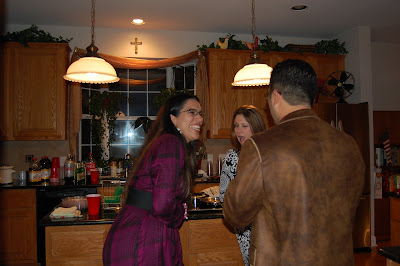 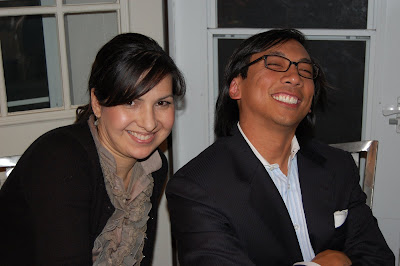 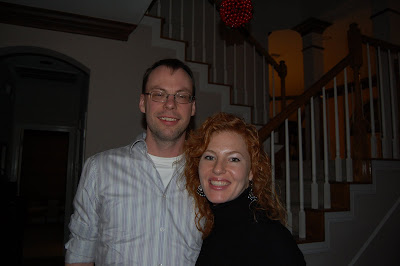 John's an engineer, recently moved here from Minnesota, so our little cold snap was nothin' for him. 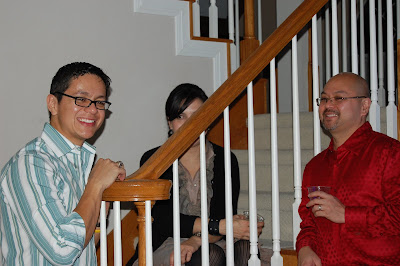 When it's time, we all gather round in a big circle for the gift exchange. 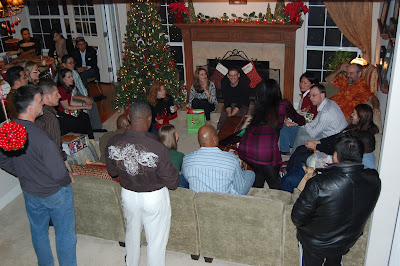 Bill has been coming to these parties ever since I was a baby prosecutor at the County Attorneys office, and when he's lucky, Joy accompanies him. Fred's been around almost as long. 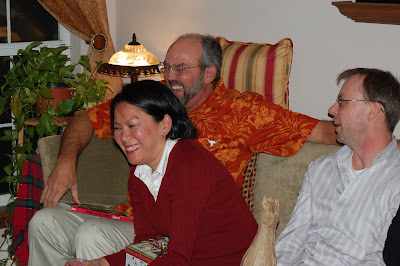 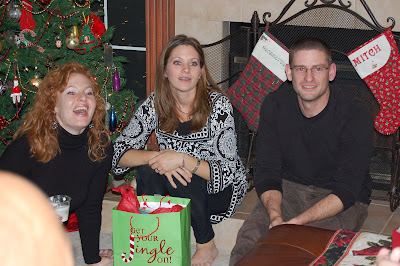 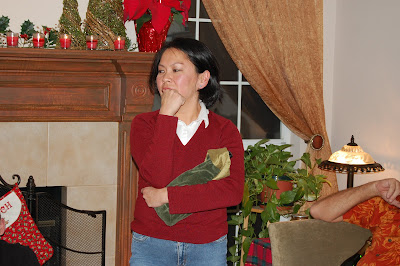 Jason and his wife Krendi, two of my favorite training partners. 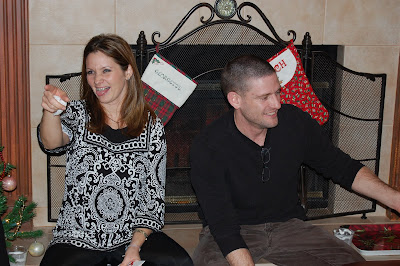 For a brief while, Krendi had the djembe Giselle brought, and Jason had the Royce Gracie book. Somehow though the second round always changes things, and this time was no exception. 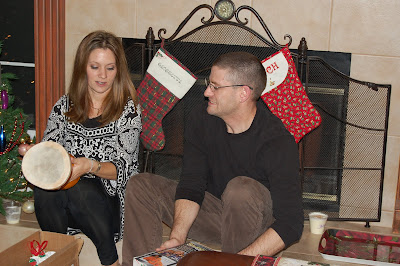 Fred, midtrade, next to his Argentinian girlfriend Sylvia. 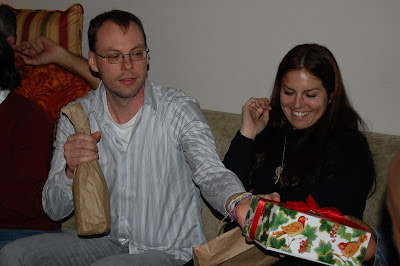 Fabian, the best salsa DJ in Austin, and his lovely wife Sonia, brought one of the most popular gifts of the game! 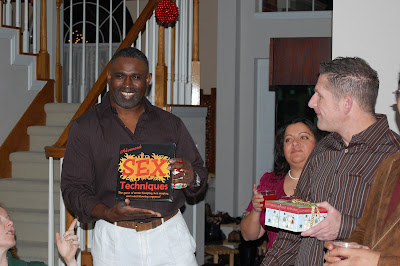 Angie and John in the foreground; Angie's husband Rory, Rodney, and Richard in the background. 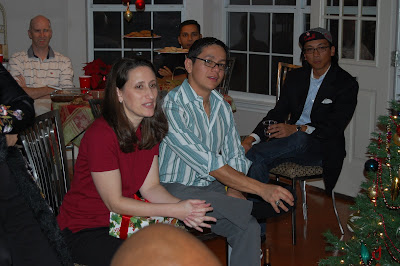 Trade in action-- Evonne and Sean, while Lawrence gets out of the way. 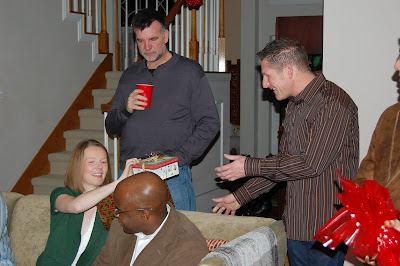 Yoli and her husband Charlie look on as Evonne unwraps the djembe, which ended up being a very popular gift. 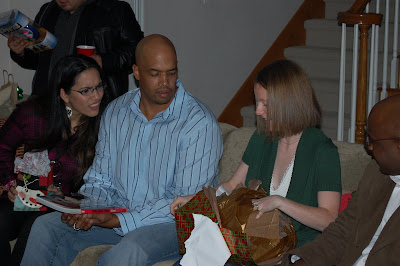 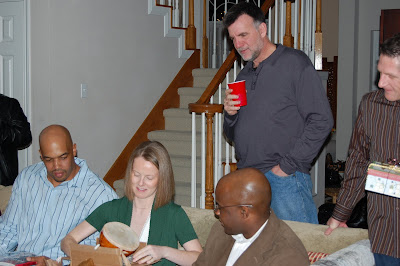 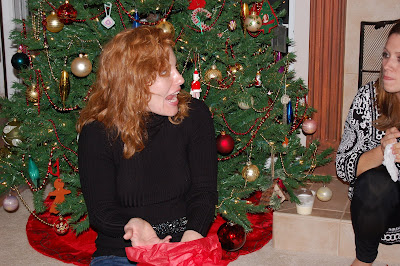 Of course wherever you get jits peeps together, you will have rolling. Didn't even have to move the coffeetable this time. 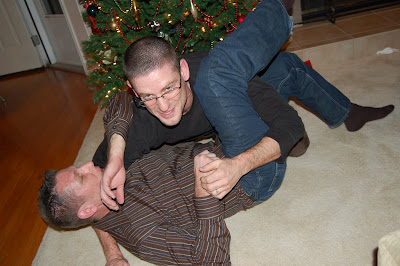 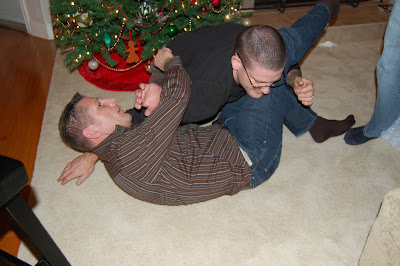 And of course, when you get martial arts peeps together, there will be some element of "debate" over hypothetical situations and what people might do in response to those situations. Jason had a little "debate" with Charlie in which Jason mimed a single leg shot; Charlie countered vigorously and there was some contact between a noggin and the dining room table. Here's Jason in the far right, holding some ice to the goose-egg. 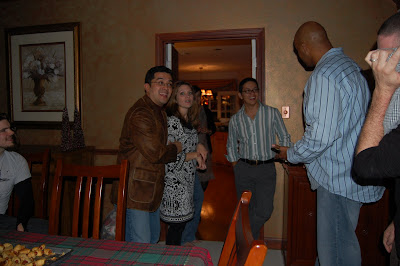 Silas competed in the tournament the next day, but made his way to us late after he finished his night of work as a chef. 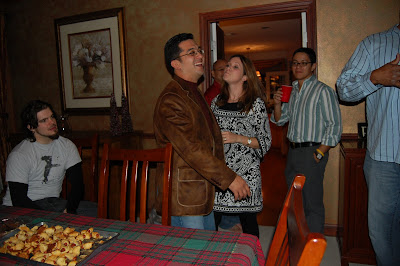 The last "debate" recorded for posterity was "what happens if you get double-unders on me"-- between Silas and Charlie. No animals were injured in the making of this film. 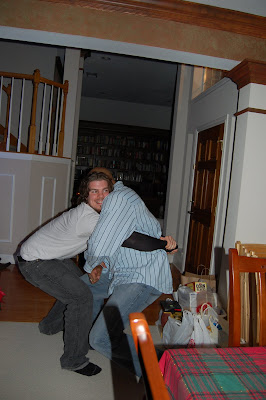 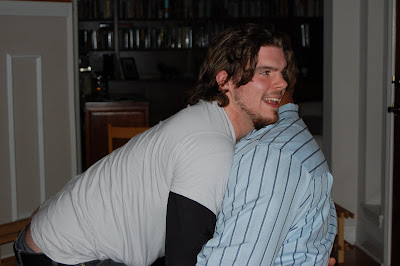 All in all, one of the crazier parties I've had, but good times nonetheless. Next year is number 13 and I am already planning how to outdo myself ;)

Looked like good times, sorry Becca and I had to miss it - especially the drunken jiu jitsu part!