What a team! Phil Cardella, our head instructor and fearless leader, front and center in red. Josh Lauber, just to the left of Phil, teaches at our sister academy in San Antonio. And that's Christy Thomas, co-owner, on the far left.

Couple people didn't make it into this picture, including Steve, Austin, Tommy, and Kirk, a one-stripe purple, who teaches some of our morning classes. Today he beat a blackbelt! 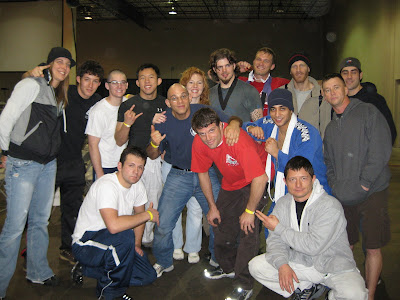 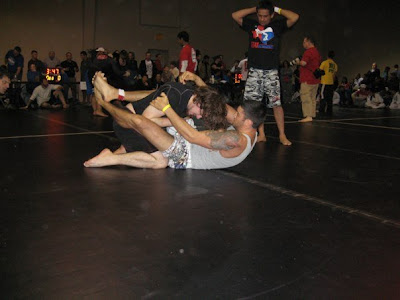 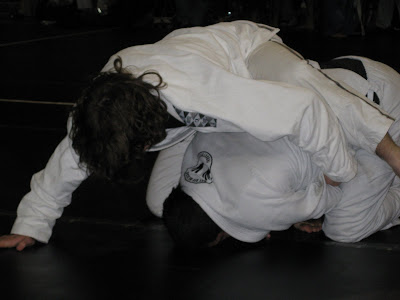 Steve Crissler, one of our blue belts, puts on a mean cross collar choke. 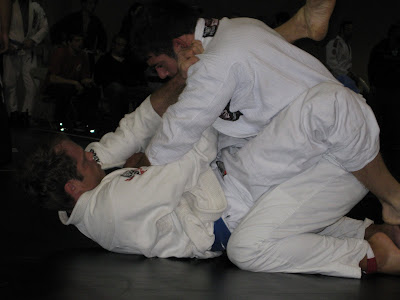 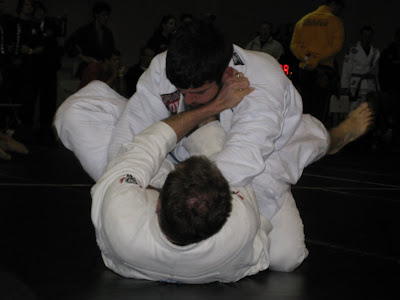 Tommy McKay, the blonde, is one of our 4 stripe blues.. 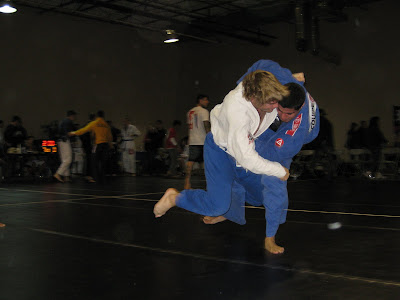 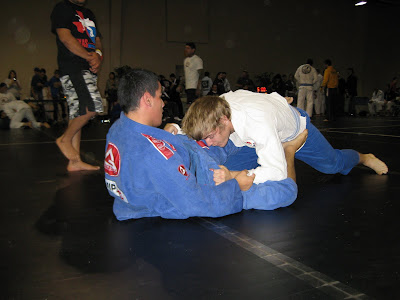 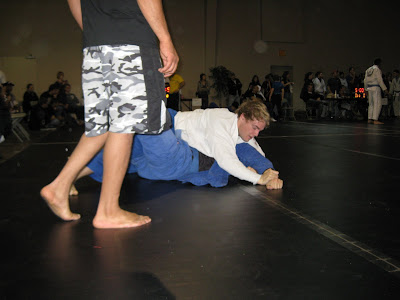 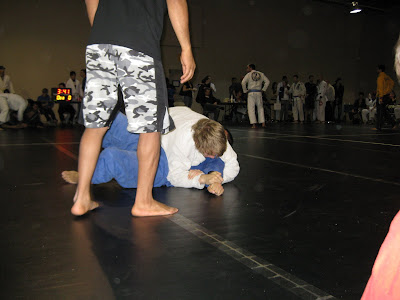 Colin in the black gi, one of our whitebelts... Scott won all his division nogi matches by triangle. In nogi open he was 1-1, losing only on a hotly-contested decision. His shorts are a little blinding. 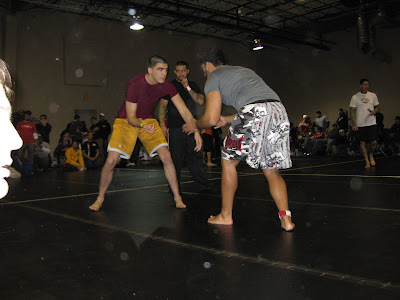 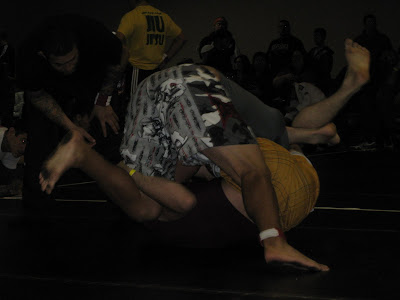 Here's April, who trains with Dave Thomas here in Austin, on the right, matched up against a girl from Urban Jungle in Houston who outweighs her by 105 lbs! 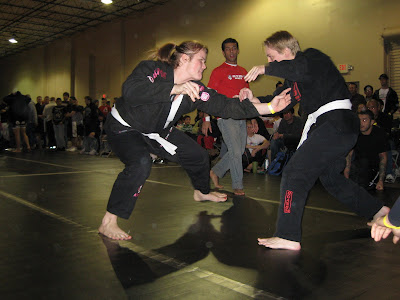 Later, she did have positional advantage over a blue belt for a while... I think she got submitted that match though. 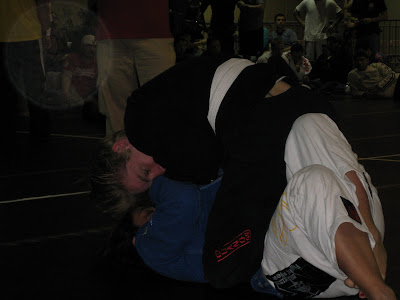 Yay, another blog I can stick in the Google Reader!

Out of interest, do you ever train with jnp, as I think he's in Austin too? I'm trying to vaguely keep track of cool BJJ people in the US, so I can target visits in the far-flung future when I'm actually able to afford flights. ;p

He is in Austin, he trains at Vandry, where I used to train. My advice would be to hit NY, Chicago, Cleveland OH, Atlanta, Austin, Clearwater FL, and the SF/San Diego area for sure...

Woo pics! Thanks! Actually, I lost to the Blue Belt in sudden death. I had a 2 pt advantage at the end of the round, but she swept me in the last second of the match, but the bell rang before she officially had control or something. Since it was an exhibition match the ref decided to send it into sudden death. My takedown was stuffed and she won. It was an awesome fight though.

Going by my blog stats, the US people who read the blog are most concentrated in California, New York, Texas and Virginia, in that order.

If I ever get this plan off the ground, I'd want to hit California first, probably San Francisco, Los Angeles and San Diego. Main thing that worries me is getting around, as I'm told public transport is awful in the US, and I don't drive.

Still, that's all a long way off. First I'd need funds and time. But hey, always fun to plan these thingske. ;p