The old "why do I compete" thing bears examination.

First I think Leslie made an excellent point... why enter a tournament vs. why compete.

I entered my first tournament when I'd been training a few weeks. Some random training as part of kajukenbo and rolling with two friends.. a couple weeks under William Vandry, then a month or two off... then one week exactly at Relson Gracie under Phil Cardella which is where I stayed. I entered it because one of the people I trusted told me I was ready. I wanted to enter early, so I wouldn't put as much pressure on myself to win. Hahaha, of course I still did, and I was bummed with my results, but it was instructive. (I had to enter the mens' division, <155lbs, and it was a round robin, so I did get to fight the other two girls in the tournament too. Nogi. I went 1-5. And I will never forget being baseball bat choked from my knees like an idiot.) That was the only tournament I competed in while telling myself I didn't have a chance.

I compete because I want to win. It's a matter of pride, insecurity, two sides of the same coin. I am in the top 2% of most intensely competitive people in the world, and not surprisingly, I'm trying to be THE most competitive *wink, wink* 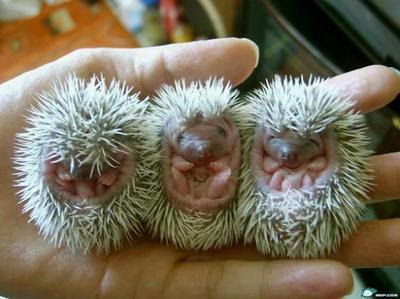 (No relevance to the topic. Just liked this picture.)

I don't compete to find out what I need to work on. I get enough mat-hours at home with an enormous variety of people, and if diagnosing holes in my game were the point, believe me, I'd get it there- and I do. As last night's roll with Jason shows. In fact I demoted myself two stripes just from drilling technique with him (for a brief period of time I technically outranked him by a stripe and my brain couldn't handle the cognitive dissonance.)

I don't need to pay $100-200-300 or more and kill a weekend and eat holes in my stomach and stretch the patience of my husband just for diagnostics. I once said I'm in it for the medal, but after reading Leslie's thoughts, I agree... it's not the medal, it's the moment of the win. The hand being raised is great, but equally I enjoy the feeling as the match goes on and you know you're gaining on them. Whether you've just gotten stuck in a triangle and you wrangle and wrangle and eventually get out, or you're both stuck in some weird twisty way and suddenly you see how to reposition as light at the end of the tunnel... but there is a turning point in every match I've had, and when that point shows me that things are looking up... THAT feeling is incredible. When you hear your corner all relaxed and happy about your point spread, or when you hear your opponent's tortured breathing and feel them sigh and relent, just a bit, or better, you hear THEIR corner all freaky and pissy and UNhappy... Of course if you get the tap, well then... that's like chocolate cake. And frosting. And then, people who watched the match congratulate you afterwards.. and some random little girl might ask if she can hold your medal.. :)

Maybe that makes me the kindergartener of the mats, so be it.

Why do you compete?

Well said, well said. I've considered this in a lot of different ways, and I think Slidey's analysis from way back is probably the most comprehensive post I've read, but all the same, it even sounds like recently he's reconsidering some of his own points.

From my perspective, competing vs not competing HAS to be some sort of personal goal, for whatever reason. Maybe it's shiny things. Maybe it's domination of someone else because of insecurity. Maybe it's the idea of challenging yourself, which is a large part of it for me (although I'm fascinated by shiny things as well).

It's not a resume builder, it's not a lack of confidence - it's the knowledge that all the effort that I'm putting in is making a difference in ME, that this stuff works in a quasi-real situation where, as Slidey mentioned, that guy is no-kidding using 100% of his effort to get the same result as you're shooting for. Who wins? The person who uses the best technique first, in the right situation.

I'm not in this for anyone else. I'm in it for me, and I like the thrill of victory - Leslie's points AND yours (I really like how you describe the knowledge DURING the match that his corner is pissed because you're controlling their fighter). No other reason.

I'm testing myself, against myself, and against someone else. How else do you GET that self-confidence, than to know you CAN learn, and you CAN apply this stuff?

Since I wrote this post I have of course had additional thoughts on the matter!

First, for me and for any other sponsored fighter out there, winning IS a resume-builder. In some ways you feel you owe success to your sponsors, to thank them or repay them for believing in you enough to send you free shit, entry fees, travel expenses.. you want to represent them well.

To say nothing of wanting to rep your school well. Duh. Of course.

And interestingly, the look on Phil's face when I win is a big deal for me. He's a busy blackbelt, training some 200+ people at our academy, helping our affiliates, training for his own fights and tournaments. So I don't roll with him all that often at home.. which makes my intense connection with his pride very interesting to me on a psychological level. He's younger than I am but maybe there's still a fatherly kind of thing there-- who knows? But I know that I feel a purely childlike glee to walk off the mat and see the smile on his face.

I don't have much to add on the "why compete" thing specifically, due to not being a competitor, but I can say that the one time I did compete, the thing I most enjoyed was cheering on my teammates. So that part I can understand, something Elyse talked about as well.

It is nice to feel like you're part of a team (as I babbled in an article a while back), a mentality especially evident in BJJ. The herd instinct means those connections grow strong, so that you find yourself defending your team against any and all criticism, urging your teammates to crush the opposition, and taking strength from the support of your training partners and instructors.

However, sometimes the hold of that mentality is detrimental for the sport and its practitioners. BJJ politics is a real scourge, hindering training and causing all kinds of personal and professional relationships to collapse. There are countless examples you could cite: a well known one would be the sequence of splits from Alliance into Brasa, TT, Checkmat and Atos. I've even seen it, sadly, in my own team.

On balance, I'm still not sure if it comes out as positive or negative.

@Dev: Heh - I am? Which points did you have in mind that I was reconsidering, as that sounds like a conversation starter. ;)

That is why I compete. I enter tournaments for lots of reasons, but I compete for all of that. To find those moments.

Word Georgette! I really enjoyed your interview with Caleb at the fightworks podcast...so I checked out your blog. Fun read! I just started blogging about BJJ myself because I find it's a very effective way to review my own progress.

I'm commenting on this post rather than the most recent because I just entered my first tournament - the PanAmerican. I'm competing middleweight men's white belt. I've asked myself why I am competing a number of times - especially after seeing my name listed on the participant list at the ibjff website.

I'm competing to prove to myself that I can do it. It scares me a little, honestly, but I think that's why I'm doing it...to prove that I can and to kick my fear in the nads. I want to win the psychological battle and learn to have that athletic focus and self-confidence.

I can't deny that I also really want to win on the mat. I want to put all the things I've been learning in the last year to the test against someone I've never met.

If I don't win, I'll be fine as long as I don't get subbed in the first 20 seconds by guillotine or something ridiculous like that.

@Skinny: I second Dev's advice-- damn if I had only ALWAYS kept elbows in! But generally I think it's AWESOME that you're competing early in your training career and I can't wait to meet you at the Pan.

Early on like now, you can't be too upset if you don't kick ass and take names.. it IS your first tournament after all! And woo, firsties at the Pan - any other tournament after this will seem smaller, less scary, less organized etc :)

There's lots of good posts on tournament prep out there... the collection is saved in my Links list as "BEST EVER tournament prep" or something like that.