Daniel Jolly and Aaron LaFranco and Daniel Moraes all won! In San Antonio at the amateur MMA fights, Jolly by decision after 3 tough, tough rounds, 30-27-- took the guy down a bunch of times, mounted him, took his back, and almost RNCd him... Aaron by tko in the first round, mounting him and slamming him around a fair bit... and at the No Gi Pan American Championships in New York, Daniel Moraes took gold! The middleweight division there was the most crowded division of the adult blackbelt, and Moraes shared a bracket with notables like Mike Fowler, Edson Diniz, Rafael dos Santos and Bruno Tostes as the most known competitors.

So we're all super happy. Drove down to San Antonio with Mitch and Lawrence and met up with other Gracie peeps... screamed myself hoarse... and all went out for sushi after (yum!) 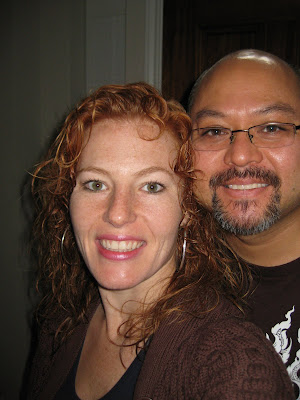 Here's Aaron, about to unleash, on the left... 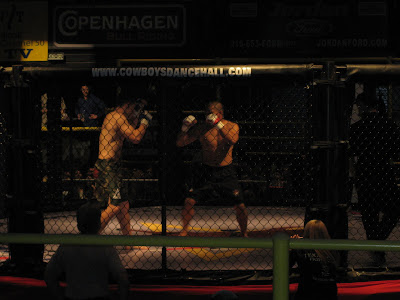 Aaron celebrating victory while his opponent is helped to his feet... 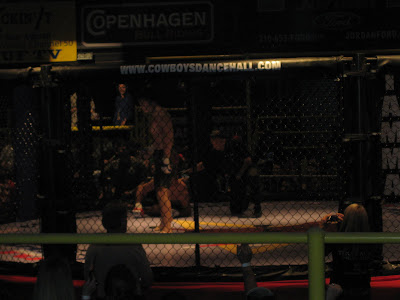 Here's the start of Daniel Jolly's match-- he's on the left: 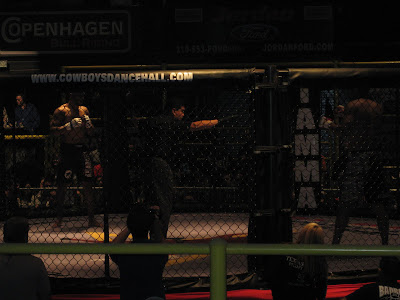 Jolly wades in with some quick, heavy hands.. 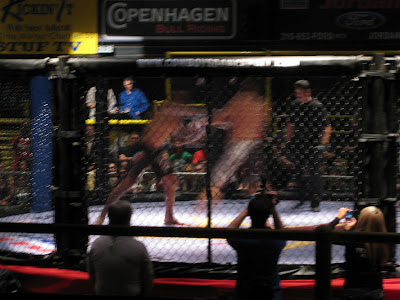 Mounted on top of, and beating, the poor guy.. 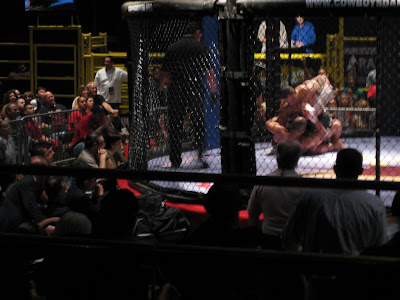 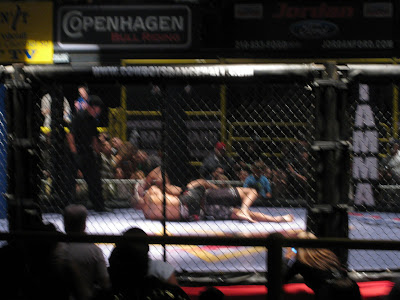 I'm surprised his opponent resisted the RNC as long as he did, but was saved by the bell.. 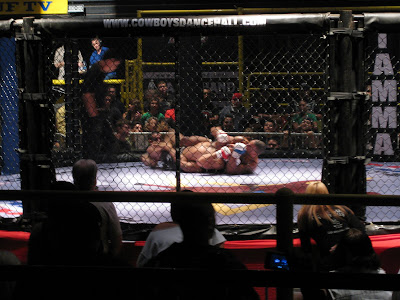 The only view I could get of Jolly's hand being raised was on the big-screens.. 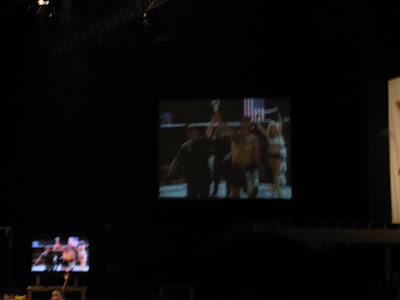 Me and Jolly, after the fight and full of endorphins... 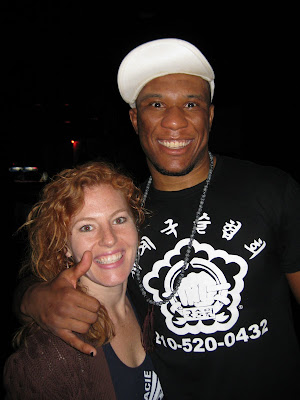